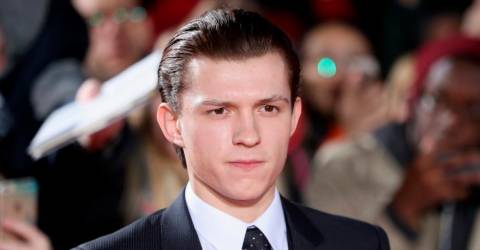 TOM HOLLAND is officially off Instagram. After weeks of speculation, the Spiderman star has confirmed that he is quitting social media for his mental health. The actor explained his decision in a three-minute clip on Instagram – probably among his last on the platform.

“I find Instagram and Twitter to be overstimulating, to be overwhelming, I get caught up and I spiral when I read things about me online,” said Holland.

He added: “Ultimately, it’s very detrimental to my mental state, so I decided to take a step back and delete the app.”

In addition to his confirmation, the actor also voiced his support for the non-profit organisation, stem4.

The charity which is supported by The Brothers Trust champions positive mental health among youngsters.

“There is an awful stigma against mental health and I know that asking for help and seeking help isn’t something that we should be ashamed of, but it is something that is much easier said than done,” he shared.

“So hopefully these apps can be your first step towards being happier and healthier.”

Since making his announcement, Holland has received tremendous support online. Many fans indeed have applauded him for shedding a light on the matter.

Even celebrities like Justin Bieber came out to support him, writing: “Love you man.” However, this is not the first time Holland has been candid about his struggles with social media.

During the filming of Cherry, the Marvel star previously spoke about his reason to break away from his socials. He noted that he had become so addicted that reality became less interesting.

“It was taking over my life, and I was becoming obsessed with it. Like, ‘How many likes did I get?’ and ‘What did people say about my picture?’ Holland concluded, “I found myself focusing more on my Instagram life than I was on my real life.”