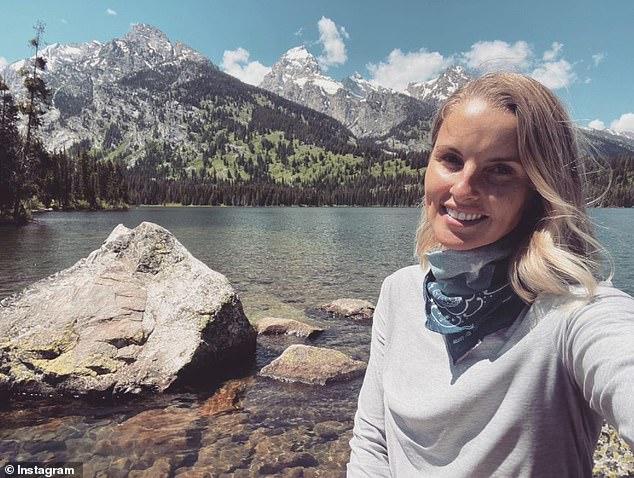 The ex-wife of the founder of Toms shoes has admitted intentionally providing wrong information in the search for a missing Irish hiker – but she claimed she did so to reinvigorate the rescue effort – not hinder it.

Heather Mycoskie, 40, reported last June that she had seen Cian McLaughlin, 27, of Jackson, the day he disappeared and that he was headed toward Taggart Lake in Grand Teton National Park, Wyoming, because he planned to jump off his favorite rock in the water.

But the information proved false, and other people told investigators Mycoskie, who was previously married to Toms Shoes founder Blake Mycoskie, fabricated the sighting to ensure that search efforts continued, park officials said.

‘I did, in fact, lie,’ Mycoskie told Fox News Digital. ‘I submitted a false statement, but it was all based on information that I had received.’

Last week, park officials banned Mycoskie from visiting the park in northeastern Wyoming for five years and pay $17,600 under a deferred-prosecution agreement.

Such agreements allow defendants to avoid prosecution if they meet certain requirements.

Heather Mycoskie reported last June that she had seen Cian McLaughlin, 27, of Jackson, the day he disappeared almost two weeks earlier and that he was headed toward Taggart Lake because he planned to jump off his favorite rock in the water 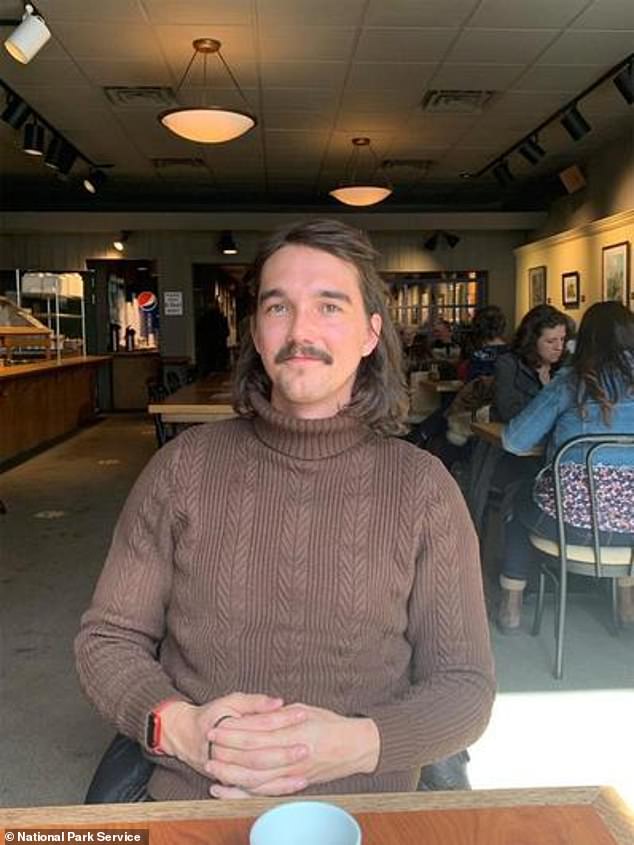 All other sightings put McLaughlin (pictured), who is still missing following his disappearance June 8, 2021, on trails heading toward a different area of the park

Mycoskie said she sent authorities a false tip because she feared the authorities were scaling down their search effort – and she believed if she claimed she had seen McLaughlin in a location where he was known to have hiked, it would reinvigorate it.

All other sightings put McLaughlin, who is still missing following his disappearance June 8, 2021, on trails heading toward a different area of the park, according to the statement.

‘I’m extremely sorry, and I would love to apologize, but I lied,’ Mycoskie told Fox News. ‘I hope that his family can understand that I wasn’t trying to hurt the search or mislead anybody.’

Mycoskie, a longtime activist and former model, said she had learned that McLaughlin liked to hike near Taggart Lake from a bartender while eating lunch at the Bistro Restaurant in Jackson where McLaughlin worked.

‘She, to me, was very believable and seemed like a very valuable source,’ Mycoskie said.

‘She said that her belief was that he entered the park and most likely went to Taggart Lake, because that was one of his favorite spots that he would go, and jump off a rock and go swimming. 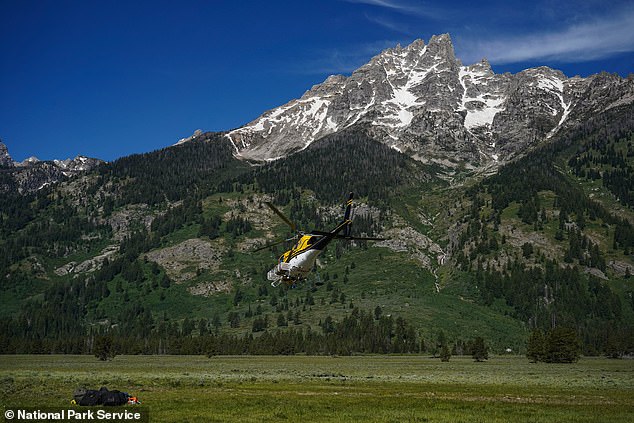 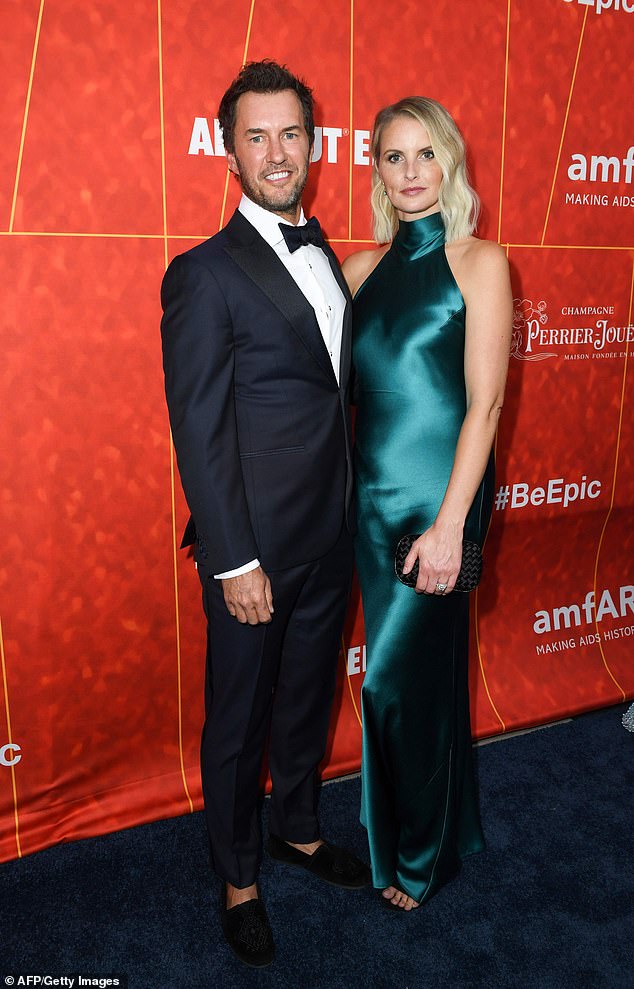 Mycoskie was previously married to TOMS Shoes founder Blake Mycoskie (pictured together in 2018), who sold his Jackson home in November, the Jackson Hole News&Guide reported

‘She said she shared that information with officials, but they weren’t taking it seriously, and they were following other tips and looking in a different area.’

Mycoskie said that she feared authorities were moving their attention to other trails in the national park and so she ‘felt compelled’ to send the false tip so that they could focus on the Taggart Lake area.

‘I said I saw him walking in the direction of Taggart Lake, and it sounded like, to me, that he was going to Taggart Lake,’ she said. ‘And that’s what I did, and that was also my big mistake, probably the biggest mistake I’ve ever made in my life — I lied, and I made a false statement that I saw him.’

McLaughlin had dual Irish-U.S. citizenship and in 2019 moved to Jackson Hole, where he worked as a bartender and snowboard instructor, his mother Gráinne McLaughlin said.

While Cian McLaughlin spent most of his life in Ireland, his father was from Montana and he lived there for several years as a young child. He maintained a ‘close connection with the States and the mountains in particular,’ his mother said.

‘Cian was an incredible person, full of ‘joi de Vive’ and we miss him dearly,’ Gráinne McLaughlin said.

The deferred prosecution agreement allows Mycoskie to continue to use Jackson Hole Airport, which is located within Grand Teton, and the main highway through the park, as long as she does not stop or recreate. 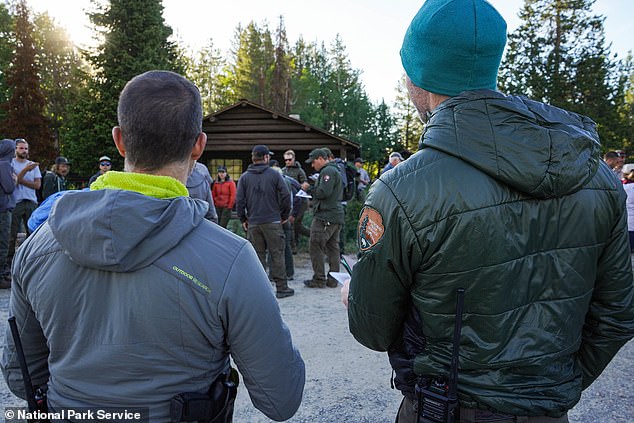 Mycoskie’s attorney until the deferred prosecution agreement was signed in February, Darci Phillips, has since been appointed as a Wyoming district judge and declined to comment Friday.

She was previously married to TOMS Shoes founder Blake Mycoskie, who sold his Jackson home in November, the Jackson Hole News&Guide reported.

Searchers plan to continue looking for McLaughlin this summer and park officials are asking anyone with information on his whereabouts to call 888-653-0009.

Hikers have also been asked to keep an eye out for belongings McLaughlin is believed to have been carrying when he disappeared, which includes a red Apple Watch, a red iPhone 12 mini, gold glasses, a U-shaped silver pendant and a white T-shirt.