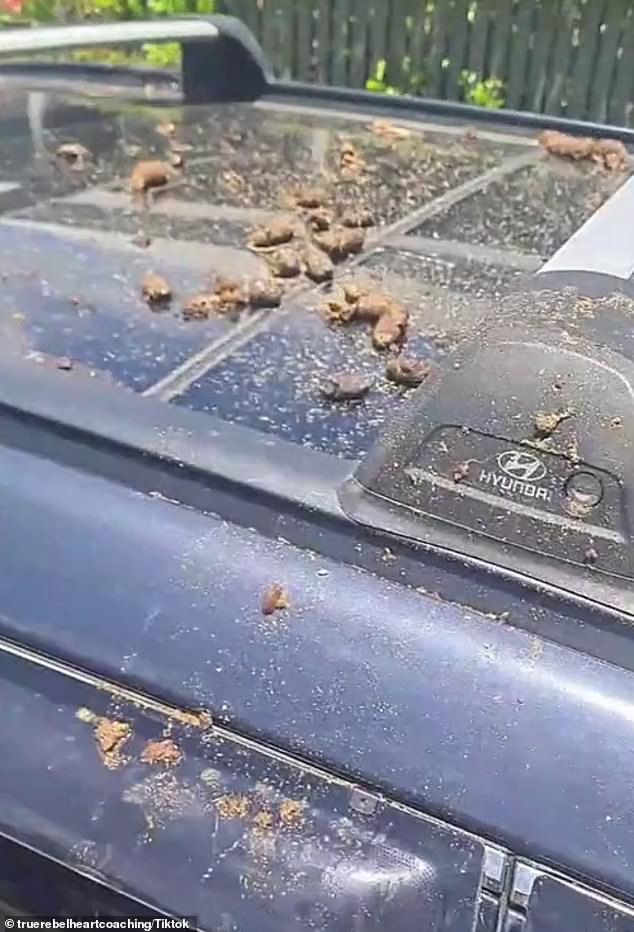 A small town business owner said the woman who coated her car in steaming dog poo for parking in a suburban street has also sent her ‘vile’ messages over Facebook.

Natalie Mayers, a Neuro-Linguistic Programming coach, shared a video two weeks ago which showed an angry woman in Toowoomba, Queensland, sharing the reasons why she covered the car roof in faeces and boiling water.

Ms Mayers had started filming when she returned to her vehicle to find the woman pouring something over it.

The woman claimed Ms Mayers had been parked in front of her home for ‘over three hours’ and pointed to a hand-drawn sign on her front gate which asked motorists to leave the area clear.

In her video, Ms Mayers showed the sign – which is not legally binding – and other cars parked on the street.

She told the woman she’d been parked there for work but the infuriated resident dismissed her and said it was convenient she’d arrived as the car was damaged.

While Ms Mayers said she’s chosen to ‘forgive’ the woman, she revealed the homeowner has sent her angry messages on Facebook.

‘This lady’s actually found me on my Facebook and has sent me some rather vile messages,’ Ms Mayers said in video on Monday.

‘They will be going to the police, along with her contact details.’

In one message shown by Ms Mayers, the woman said: ‘I would like to know if Natalie Mayers and Natalie McKraken are the same toxic, dog s**t, lying person and she does, actually have a genuine reason for parking in east Toowoomba.

‘Does True Rebel Heart (Ms Mayers’ business) have an office here???? Doubtful, to say the least.’ 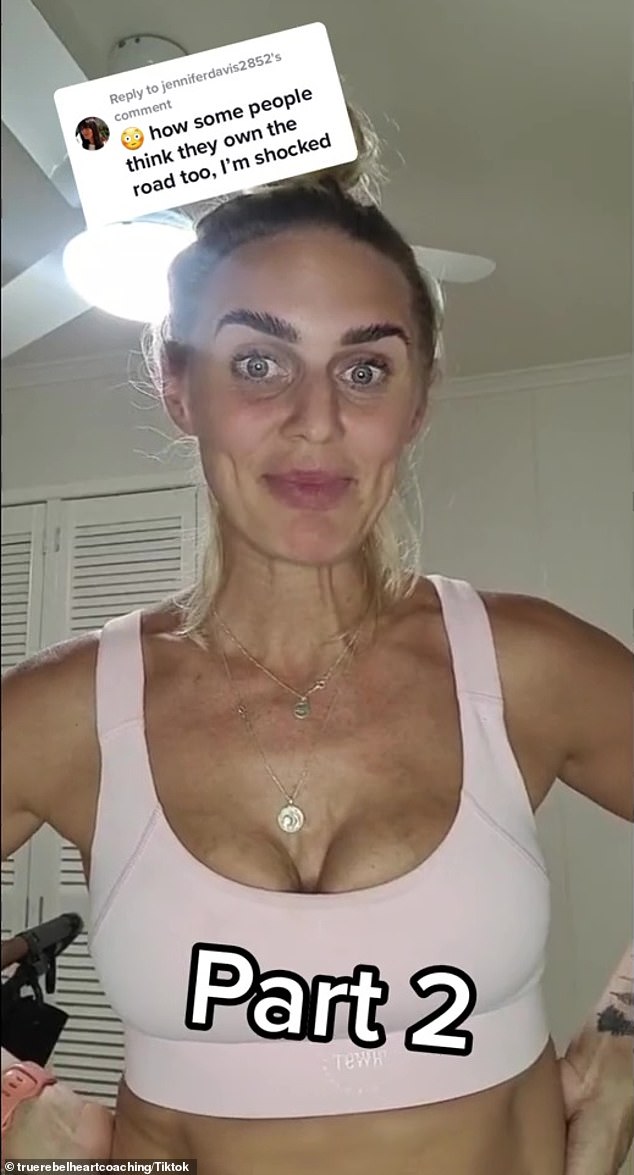 The cost of fixing the paint and electronics was estimated to be in the thousands.

When confronted, the aggressive woman said: ‘Why did you park in front of my house when there’s a sign here saying “please don’t” and the street is empty?

‘You’ve been here over three hours. I’ve taken a photo of what time you got here and what time I’ve done this.’

Ms Mayers later said she was forced to call triple zero once she stopped filming as the woman allegedly began threatening her. 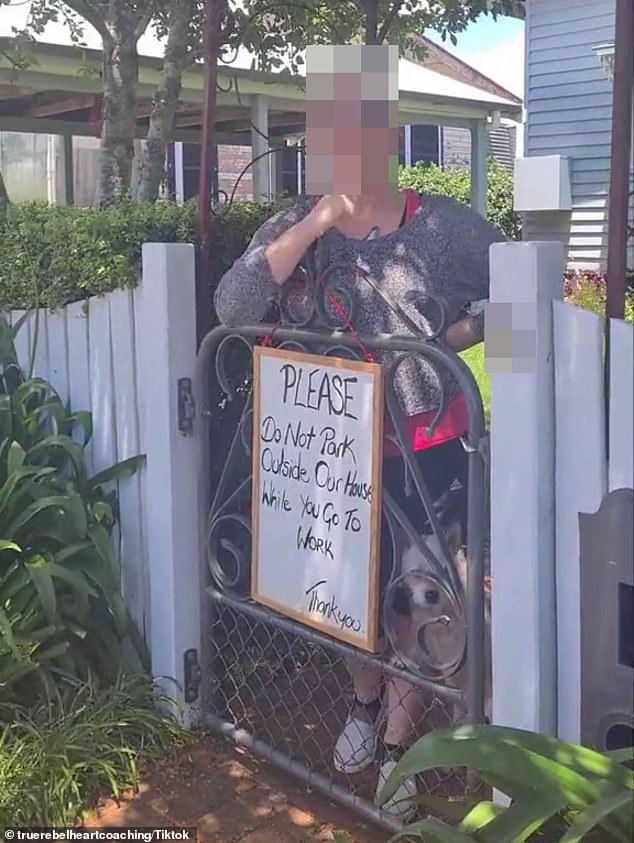 She claimed the woman has been reported for causing damage to several other vehicles but she was unaware as she’d been away on maternity leave.

‘I didn’t see a sign until I walked back afterwards,’ Ms Mayers said.

‘I just parked for work, got out, went down to work and when I came back later, that’s what I have to deal with.

‘It’s crazy what you can get away with in Toowoomba.’

Queensland Police are investigating the incident.