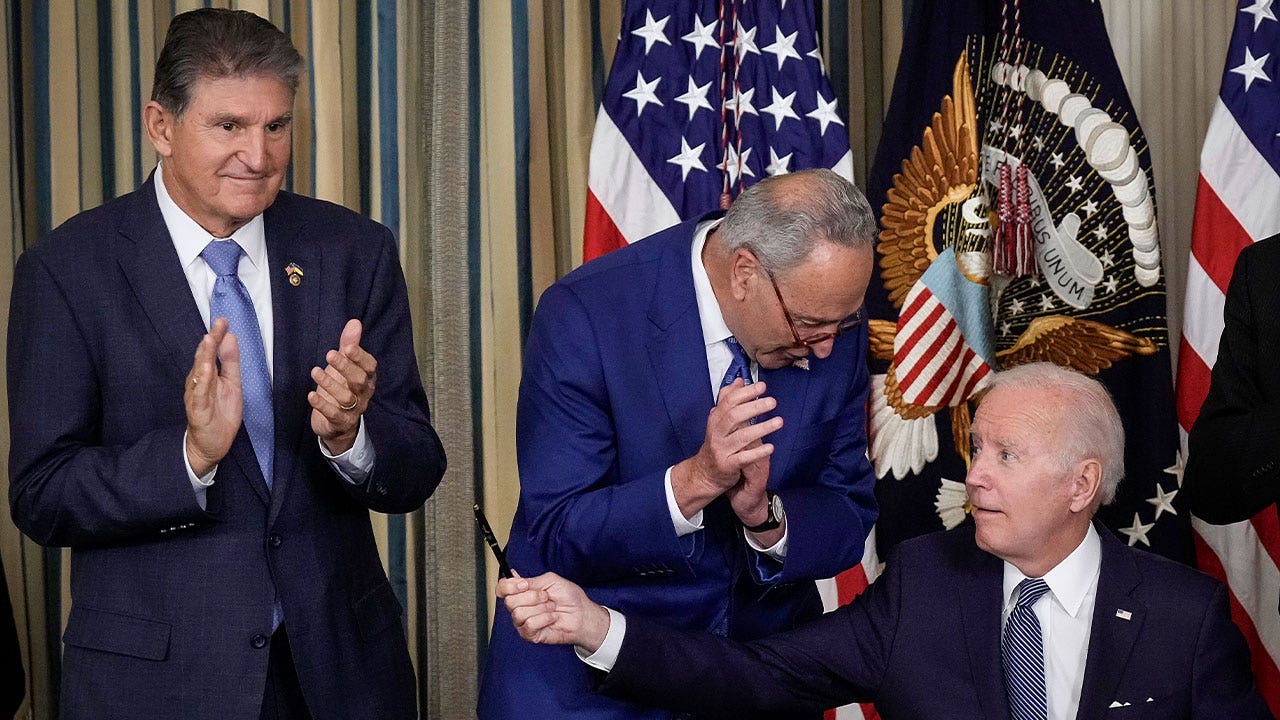 Several top Democratic lawmakers and the White House were silent when asked about the exact impact the Inflation Reduction Act would have on climate change.

However, the bill will have a muted impact on climate change, according to an analysis by climate expert Bjorn Lomborg, a former Danish government environmental official and president of the think tank Copenhagen Consensus.

“No, the new U.S. climate legislation won’t save the planet,” Lomborg tweeted on Aug. 9.

Lomborg concluded that the Inflation Reduction Act would reduce the average global temperature by a measly 0.016 degrees Celsius over the next nearly 80 years in the best case scenario. In the worst case, the bill would lower temperatures by 0.0005 degrees Celsius.

The United Nations and global climate organizations, though, have warned that there will be cataclysmic impacts on civilization if temperatures rise 1.5 degrees Celsius above pre-industrial levels. The average global temperature has already risen up to 1.2 degrees Celsius above those levels and is on tracked to surpass 1.5 degrees between 2030-2052, according to the Intergovernmental Panel on Climate Change.

Still, the White House, Pelosi, Schumer, Manchin and other lead proponents of the bill in the House and Senate didn’t respond to inquiries from Fox News Digital highlighting the projected dismal effect of the bill on climate change.

“This bill is the biggest step forward on climate ever — ever — and it’s going to allow — it’s going to allow us to boldly take additional steps toward meeting all of my climate goals — the ones we set out when we ran,” Biden remarked Tuesday before he signed the bill.

He then hammered Republicans for voting “against tackling the climate crisis.”

“We simply cannot wait any longer to confront the climate crisis,” Pallone remarked on the House floor on Aug. 12. “The Inflation Reduction Act tackles the climate crisis and protects our communities from its devastating impacts.”

Schumer said the bill would deliver “climate justice” while Pelosi said it “saves the planet while keeping more money in your pockets.”

“This bill will make life better,” Murphy said in a statement.

Lomborg conducted his analysis using a study from independent research firm Rhodium Group which calculated the expected carbon emission reductions from the Inflation Reduction Act. He then inserted the figures into a United Nations climate model converting emission reductions to temperature reductions.

Thomas Catenacci is a politics writer at Fox News Digital