‘It’s the stuff you dream about!’ Trainer Henry de Bromhead celebrates Grand National one-two thanks to history-making Rachael Blackmore… after doing the same at Cheltenham

By Marcus Townend For The Mail On Sunday

His stable jockey may have stolen the limelight but the Grand National result was also a remarkable achievement for trainer Henry de Bromhead.

Being responsible for the first two home in the world’s most famous steeplechase thanks to Minella Times and Balko Des Flos would go down as a crowning achievement for any leading jumps trainer.

But for the 48-year-old based in County Waterford it was merely the extension of an amazing month. 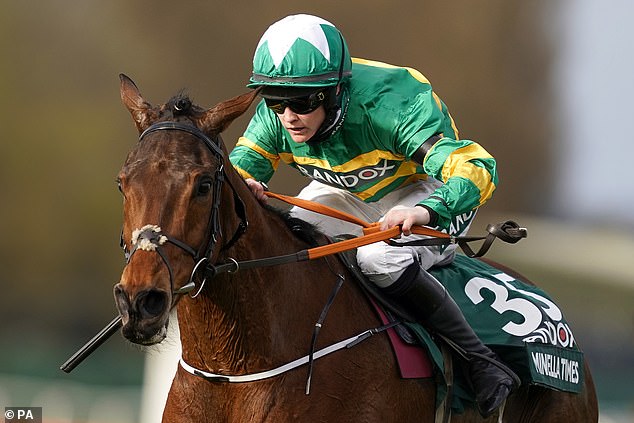 At last month’s Cheltenham Festival, De Bromhead also trained the one-two in the Cheltenham Gold Cup thanks to the Jack Kennedy-ridden winner Minella Indo and Rachael Blackmore-ridden A Plus Tard.

Having won more than £500,000 yesterday, De Bromhead, whose father Harry was in his stable before him, is now third in the British trainers’ championship and he said: ‘This is the stuff you dream about. We got a lot of luck all the way around, and winged fences. It’s incredible. 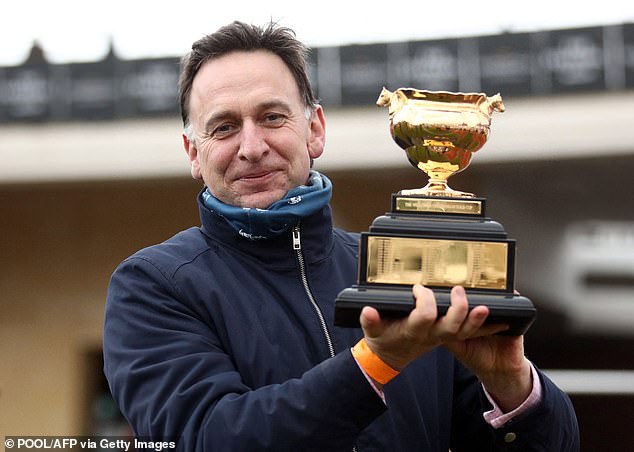 ‘It looked as though Rachael had it won jumping the last, but we all know how things can change. Any Second Now looked a bit unlucky with his passage and was coming back at us, and Balko Des Flos was staying on as well.

‘Balko Des Flos is a class horse and just lost his form. He ran a cracker, and Chris’s Dream was going very well; he just unshipped Darragh O’Keefe four or five fences out. I’m delighted.

‘Yes, I used to dream about winning this, of course, but it was a very distant dream.

‘There’ll have to be a party now. I’ve got the old ferry trip again tonight, which is something to look forward to!’