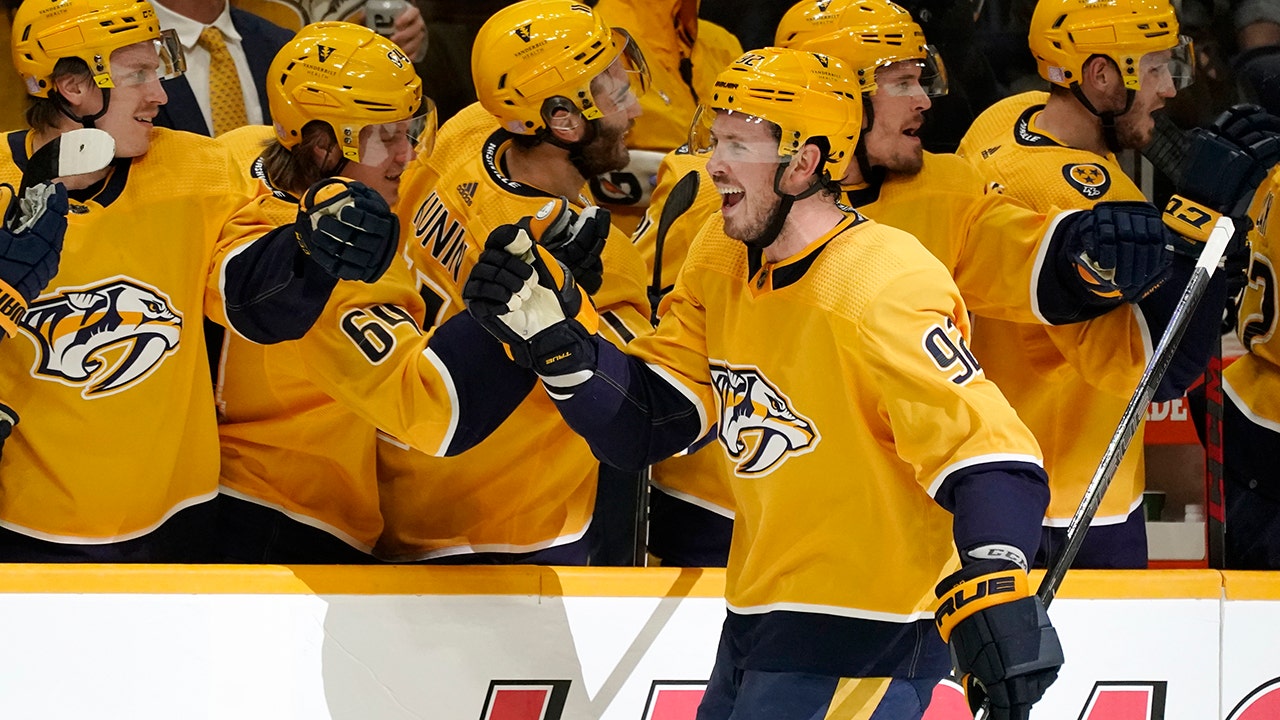 Yakov Trenin scored the tiebreaking goal in the third period and had an assist, Ryan Johansen added a goal and an assist, and the Nashville Predators beat the Anaheim Ducks 3-2 on Monday night.

Rickard Rakell and Jamie Drysdale scored for the Ducks.

Trenin fired a wrist shot over the shoulder of goaltender John Gibson as he skated through the slot on a 2-on-1 rush at 12:10 of the third.

Johansen scored the first goal of the game on a 3-on-2 break with 7:26 remaining in the first period. His wrist shot from the lower edge of the right circle went over the shoulder of Gibson into the far side of the net.

Rakell tied it at 5:47 of the second on a wrist shot from the slot along the edge of the right faceoff circle to beat Saros high to his glove side.

Granlund scored a power-play goal at 15:20 of the second with a wrister from the slot over the right shoulder of Gibson for a 2-1 Nashville lead.

Drysdale ’s shot from the point bounced off Nashville defenders Roman Josi and Dante Fabbro and past Saros into the net 3:47 into the third period to tie it 2-all.

Tanner Jeannot’s assist on Johansen’s goal earned him his fourth point in his last six games. Trenin also assisted on the goal.

Troy Terry’s point streak ended at 16 games for Anaheim, the second-longest in the NHL behind Connor McDavid’s 17.

Ducks: At the Colorado Avalanche on Wednesday night.