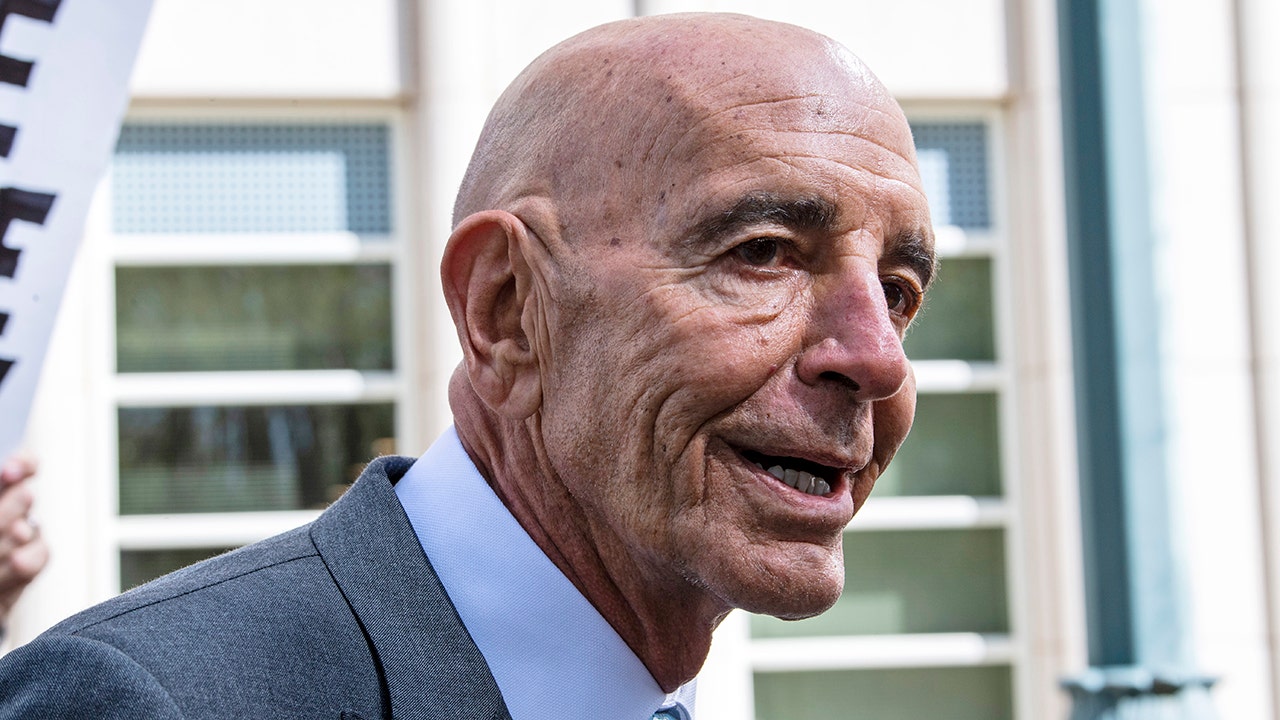 The lawyer representing an ally and former campaign adviser for former President Donald Trump rejected accusations that his client had acted as a foreign agent as “nothing short of ridiculous” as the federal trial against California billionaire Thomas J. Barrack Jr. opened in New York City this week.

Barrack, a 75-year-old former chairman of the investment firm DigitalBridge Group Inc., and his former assistant, Matthew Grimes, are facing federal charges of acting and conspiring to act as an agent of the United Arab Emirates, obstruction of justice and making false statements. The U.S. Department of Justice alleges that the defendants and their handlers in the UAE, including UAE national security officials, “took numerous steps to engage with, and influence the conduct of, the Trump presidential campaign.”

When the trial began on Wednesday at U.S. District Court for the Eastern District of New York in Brooklyn, Barrack’s lawyer, Michael Schachter, delivered an opening statement dismissing allegations that his client, who worked in real estate finance for decades, acted secretly at the direction of the United Arab Emirates as “nothing short of ridiculous,” arguing that prosecutors had inflated “inconsequential acts,” the New York Times reported.

“He did things because he wanted to,” Schachter said. “The idea that Tom Barrack was controlled by anybody is nonsense.”

Meanwhile, Assistant U.S. Attorney Hiral Mehta accused Barrack of carrying out a “corrupt pursuit of money and power,” noting that his “unique access” to Trump allowed him to serve as the “eyes and ears and voice” of the wealthy Persian Gulf nation during the 2016 presidential election and at the start of the Trump administration, Politico reported. At the same time, the energy-rich U.S. ally poured millions of dollars into business ventures operated by Barrack and his co-defendants, the prosecutor said.

Tom Barrack, a close adviser to former President Donald Trump and chair of his inaugural committee, leaves U.S. District Court for the Eastern District of New York, in downtown Brooklyn, after an appearance on July 26, 2021.
(Michael M. Santiago/Getty Images)

Barrack, an Arabic speaker of Lebanese descent, was arrested last year and released on $250 million bail. Both he and Grimes have pleaded not guilty. Before being indicted, Barrack drew attention by raising $107 million for Trump’s inaugural celebration following the 2016 election.

Tom Barrack, a former advisor to former president Donald Trump, leaves U.S. District Court for the Eastern District of New York in a short recess during jury selection for his trial on September 19, 2022, in Brooklyn.
(Michael M. Santiago/Getty Images)

The Los Angeles-based private equity manager was a key figure in UAE investments in a tech fund and real estate totaling $374 million. Prosecutors say that while he was nurturing those business deals, he convinced Trump to take meetings and phone calls with UAE leaders.

Other alleged efforts included drafting a campaign speech for Trump that praised a member of the country’s royal family, passing information back to the Emiratis about how senior U.S. officials felt about a boycott of Qatar, and promising to advance the interests of the UAE if he were appointed as an ambassador or envoy to the Middle East.

Danielle Wallace is a reporter for Fox News Digital covering politics, crime, police and more. Story tips can be sent to [email protected] and on Twitter: @danimwallace.