By Megan Sheets For Dailymail.com

At least one police officer has been injured in an active shooter situation in Jersey City.

Gunfire erupted outside the JC Kosher Supermarket at 223 Martin Luther King Drive just after 12pm Tuesday as police reported that two suspects armed with long guns had barricaded themselves inside and were shooting at anyone who approached the storefront.

The gunshots continued for the next two hours, according to witnesses, as a heavy police presence made up of local, state and federal law enforcement officials descended on the scene.

Conflicting media reports indicated that one to two police officers were injured in the standoff, which is believed to be ongoing as of 2.30pm.

Authorities are said to be searching for two suspects, one male and one female, who arrived in the area in a U-Haul van.

Officials have not confirmed the number of shooters or victims.

At least one police officer has been injured in an active shooter situation at a bodega in Jersey City early Tuesday afternoon. A heavy police presence is pictured at the scene 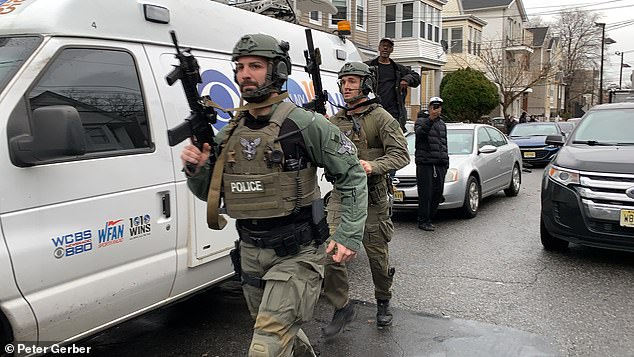 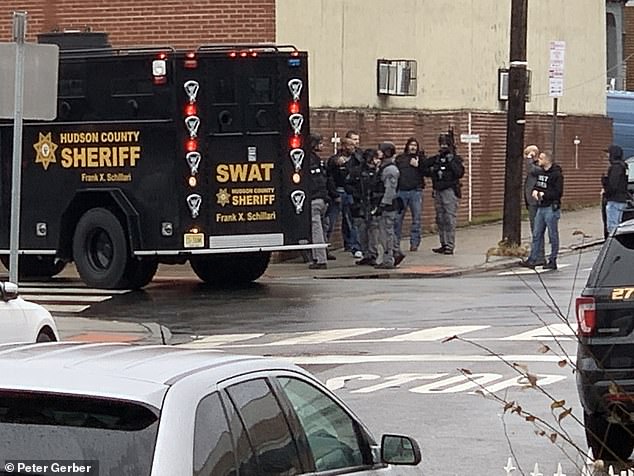 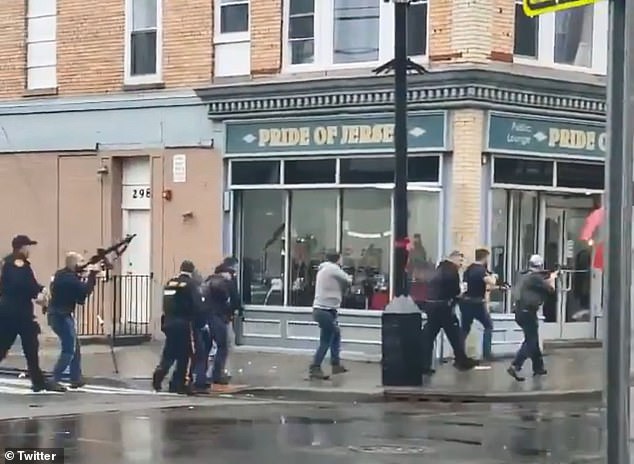 One injured officer was taken to Jersey City Medical Center with an apparent shoulder injury.

WABC reported that the incident began at the Bay View Cemetery when at least one shooter opened fire on a police officer, striking them in the shoulder.

The outlet said that the shooter then fled into the bodega and began firing on responding officers as they approached the store.

NBC4 quoted Hudson County officials as saying that two officers had been shot, one in the head, in an ‘ambush’.

Witness Brian Clark told CBS2: ‘I got caught in a one way street with a bunch of cars and I was wondering why nobody was moving. And all of a sudden I heard it. All the shots started. Shots started ringing out.

‘When I heard it, I see people running. I got out of the car and I see cops ducked down, and cops getting out of the way.

‘And I’m wondering why, what the hell? So I get out of my car and I see it, and I heard it – pow pow pow pow pow – then I realized I was in a shootout. I never heard that many shots in my life. It was like I was in a war zone.’

The Sacred Heart School was placed on lockdown after gunshots rang out across the street.

Jersey City Board of Education President Sudhan Thomas confirmed that both Lincoln and Snyder high schools are on lockdown, as well as Schools 12, 14, 29, and 41.

This is a developing story. 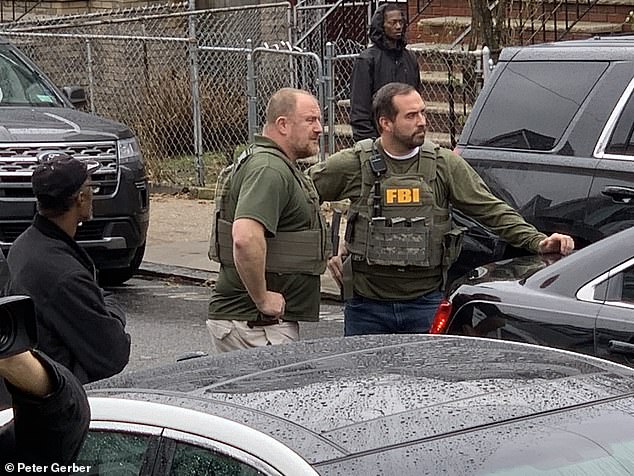 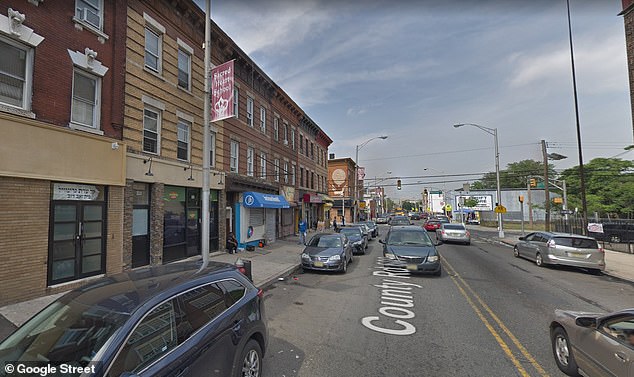