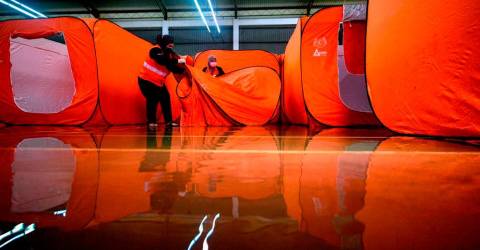 The District Disaster Management Committee (JPBD) said in a statement that the PPS at Sekolah Kebangsaan (SK) Kampung Sawah, Pontian which was opened yesterday was closed at 10 am this morning after flood waters began to recede.

The school had housed 13 victims from two families after areas in Jalan Kurnia and Kampung Maju Jaya in the district were flooded due to heavy rain.

Meanwhile, the PPS at Sekolah Menengah Kebangsaan (SMK) Sri Gading here which was opened since Wednesday was closed at 6 pm today.

The PPS which had housed 44 victims from 11 families was closed after nine days.-Bernama