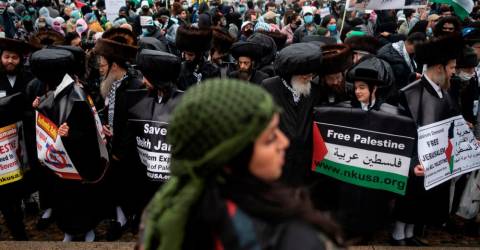 RAMALLAH: The two-state solution is the only way to end the Israeli-Palestinian conflict, Palestinian Prime Minister Mohammed Ishtaye stressed here on Tuesday.

He reiterated this position during a meeting with US Assistant Secretary of State for Near Eastern Affairs, Barbara Leaf, and her deputy, Hady Amr, ahead of US President Joe Biden’s planned visit to the Middle East next month, reported Xinhua.

“All efforts must be exerted to remove the obstacles against this (two-state) solution, foremost of which are the (Jewish) settlements,“ Ishtaye stressed, according to an official statement.

He also called for reopening the US consulate in East Jerusalem, removing the Palestine Liberation Organisation (PLO) from the US list of terrorism, and reopening the closed PLO office in Washington.

On Tuesday, the White House announced that US President Joe Biden would visit Saudi Arabia, Israel and the West Bank during his upcoming trip to the Middle East on July 13-16.

The Palestinians hope that Biden’s visit will help rein in Israeli settlement construction and other unilateral actions on the Palestinian territories, which they say have hindered the revival of the peace process.

The last US-sponsored direct peace talks between Israel and the Palestinians stopped in March 2014 due to deep differences over establishing a Palestinian state on the Palestinian territories occupied by Israel in 1967. — Bernama