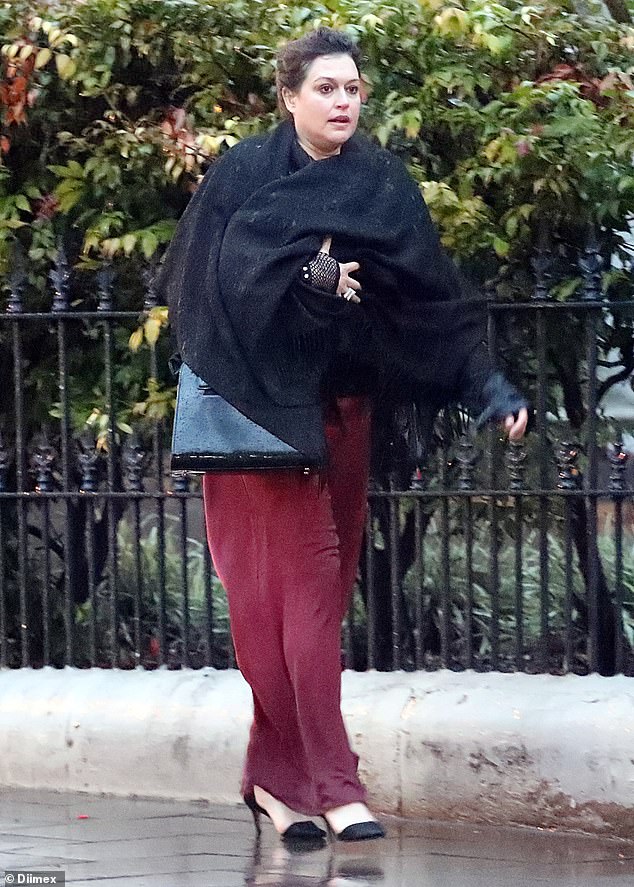 Tziporah Malkah, formerly known as Kate Fischer, has returned to her glamorous roots in recent months.

The 46-year-old looked effortlessly chic as she stepped out for dinner with friends in Sydney on Sunday.

She wore stylish high heels and a pair of burgundy pants, and kept warm by wrapping herself up in an elegant black shawl.

Glam: Tziporah Malkah looked effortlessly chic as she stepped out for dinner with friends in Sydney on Sunday

Tziporah accessorised with a black handbag and wore her long brunette locks pinned up.

The ex-fiancée of billionaire James Packer recently lost an incredible 50kg after tipping the scales at a whopping 120kg.

Appearing on Channel Nine’s A Current Affair last year, the Sirens star said she shed the weight thanks to healthy eating, surgery and hypnotherapy.

Fabulous: Tziporah accessorised with a black handbag and wore her long brunette locks pinned up 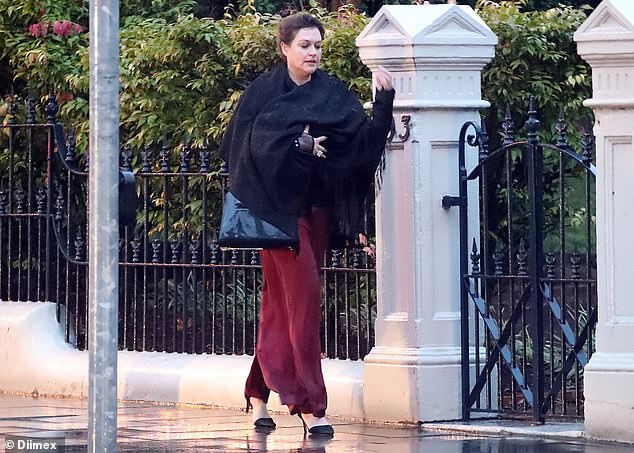 Work it! The brunette beauty turned the sidewalk into her own personal runway as she strutted her stuff down the street

The one-time Sydney ‘it girl’ underwent a ‘mini lipo tuck’ and a Brazilian butt lift, and also worked alongside Mark Stephens, a hypnotherapist specialising in weight loss.

‘[The] mental anguish from all the stresses of life are just not there anymore. And I think that’s probably the greatest gift,’ Tziporah said of her journey.

Tziporah’s weight had ballooned after she relocated to the U.S. in the early 2000s. 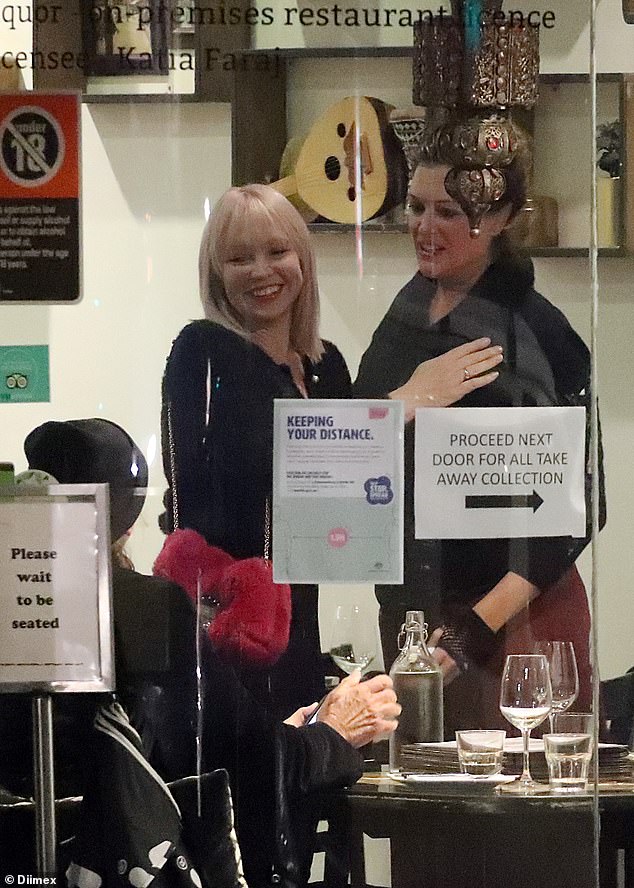 Nice to see you! Tziporah was all smiles as she greeted her good friend at the restaurant 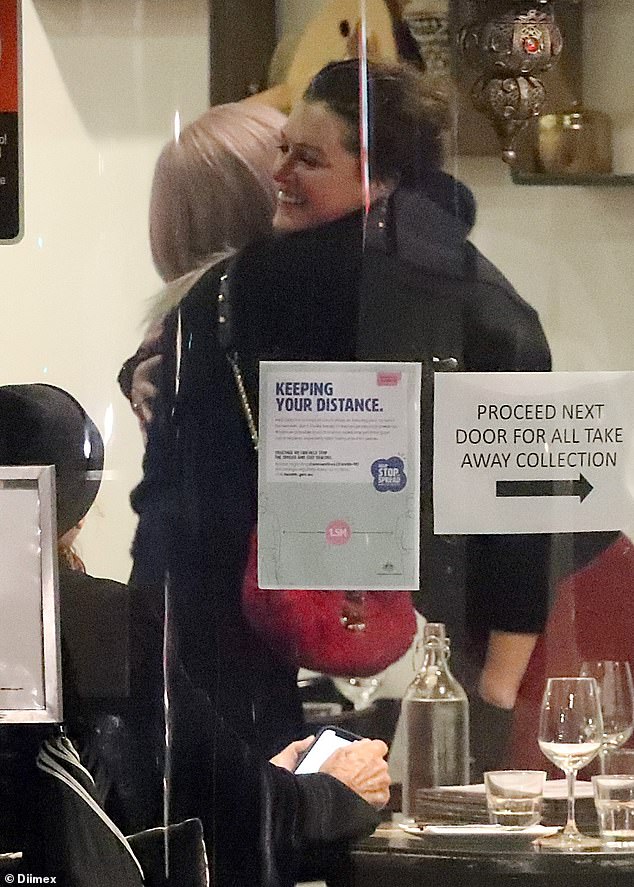 Careful! The pair shared a friendly hug despite the dangers of the coronavirus

She decided to slim down after weighing in at 120kg during her appearance on I’m A Celebrity… Get Me Out Of Here! in 2017.

She recently launched a new career as a lollipop lady on construction sites.

Speaking to the Daily Telegraph on Sunday, she said that she has commenced a full-time job with Australian Traffic Solutions, thanks to a suggestion from a friend. 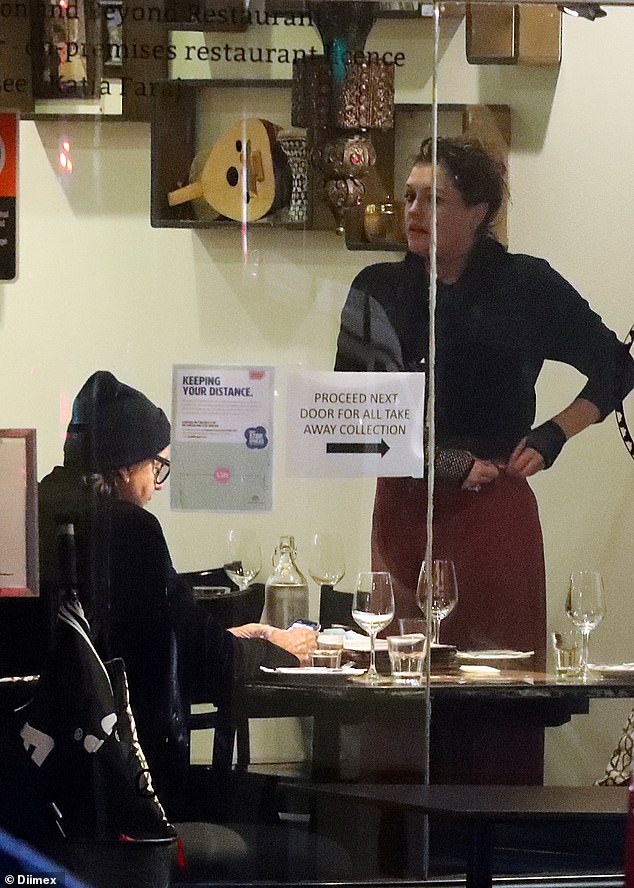 Trim: Tziporah showed off her incredible 50kg weight loss in a tight ensemble 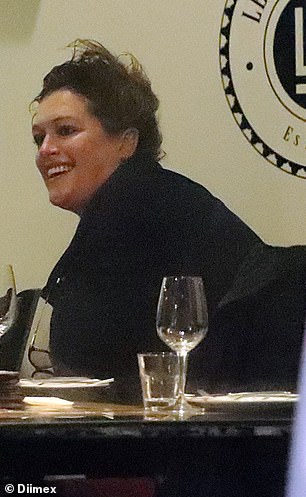 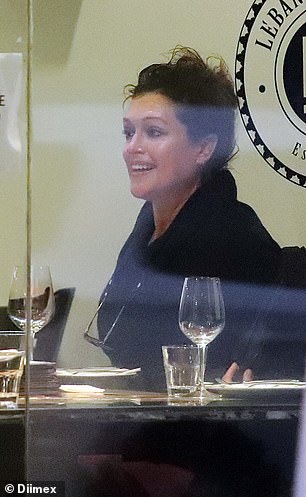 Happy days: The Sirens stunner couldn’t wipe the smile off her face as she dined 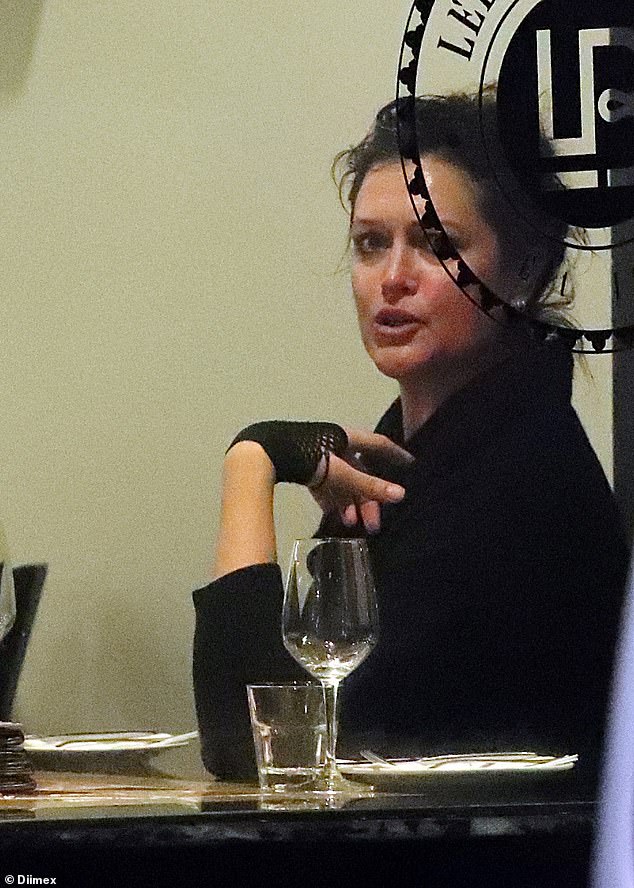 Pout: Tziporah pouted as she gazed out of the restaurant window 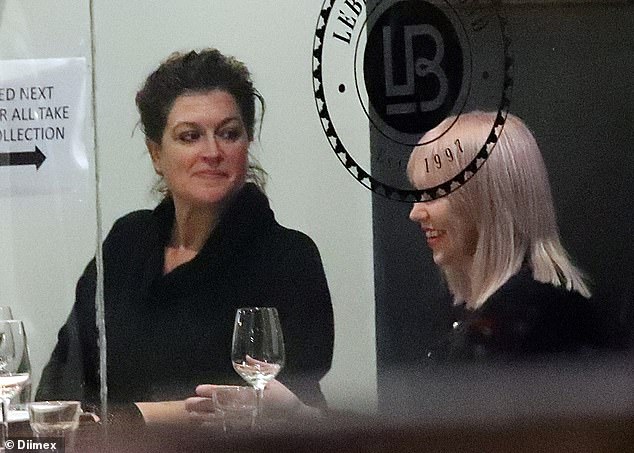 Having fun? Tziporah looked like she was having a good time at the restaurant

‘He knew that I was struggling,’ she told the publication of her first job in quite a while.

‘He also knew I was a hard worker and a decent person, so [he] offered me an opportunity.’

After a challenging past few months, Tziporah said she was ready to ‘fight’ her way back to health and happiness. 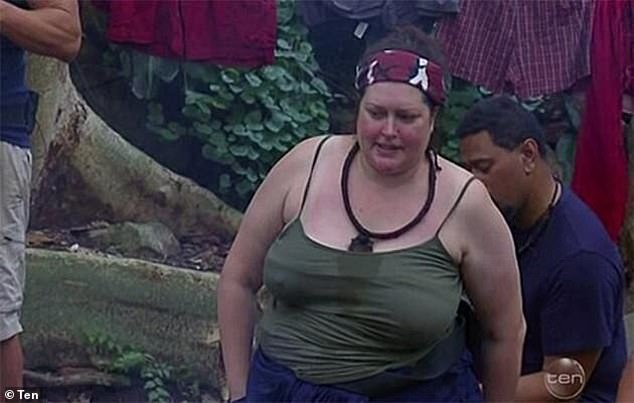 Reality TV: She decided to slim down after tipping the scales at 120kg during her appearance on I’m A Celebrity… Get Me Out Of Here! (pictured) in 2017

‘There are people out there rooting for me. They want to see the phoenix rise from the ashes.’

In December, Tziporah had her fans concerned over her erratic Instagram posts.

She had been visited by police and ambulance crews at her Kings Cross apartment several times last year. 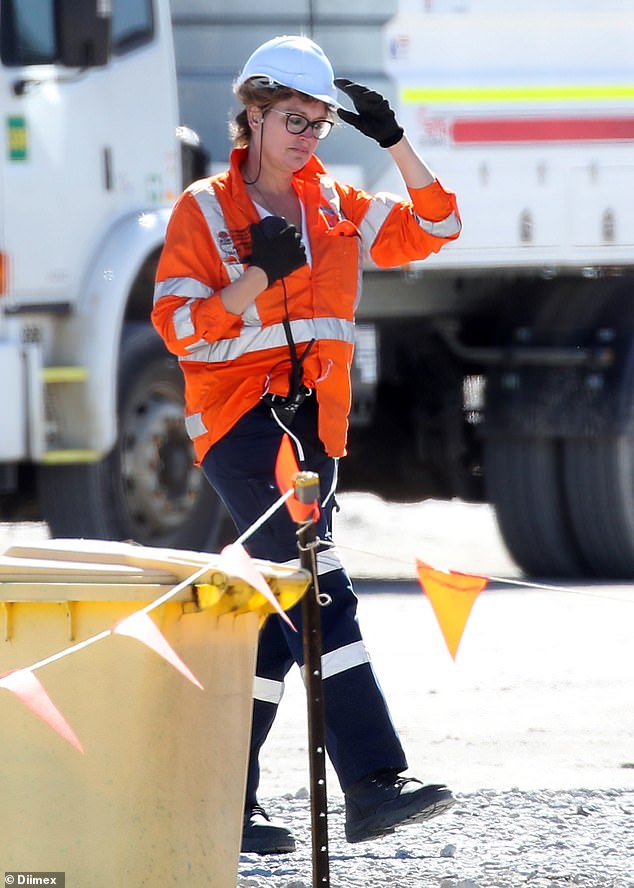 Working hard: She recently launched a new career as a lollipop lady on construction sites