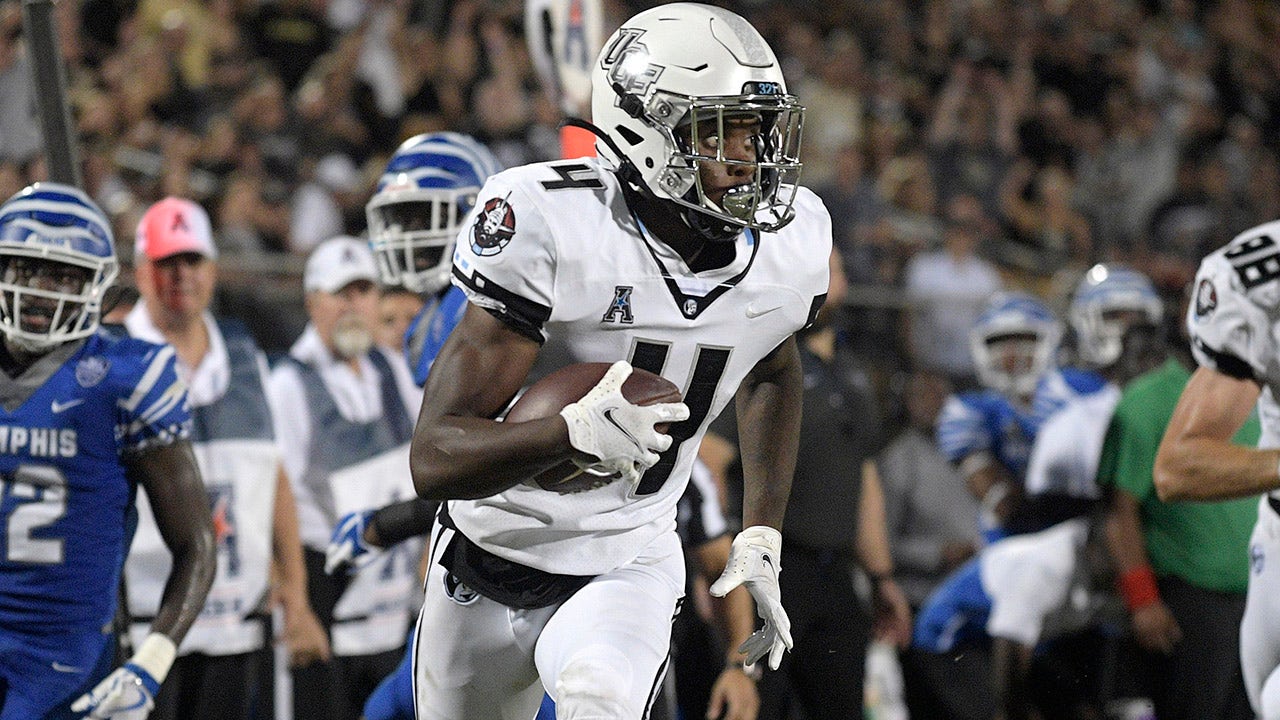 Ryan O’Keefe rushed for one touchdown, caught a pass for another and UCF defeated Memphis 24-7 on Space Night Friday.

On a night themed to honor UCF’s ties to the nation’s space program — complete with the unveiling of special uniforms — the Knights were somewhat low orbit as Mikey Keene completed 11 of 19 passes for 63 yards — his lowest yardage since the season opener.

Meanwhile, the Knights gained 215 yards on the ground with Isaiah Bowser rushing for 111 yards on 26 carries, his second 100-yard rushing game of the season.

Peter Parrish, starting for Memphis’ injured Seth Henigan (right hand), went 31-for-48 passing for 215 yards but threw three interceptions. His final pick came with less than five minutes remaining. An unnecessary roughness penalty against UCF advanced Memphis to a first down at the 27 and Parrish’ shot to the end zone was intercepted by Dyllon Lester.

Parrish guided the Tigers close to the end zone once more in the closing minutes, advancing to the 12-yard line, but a third-down pass to the end zone was broken up by UCF’s Justin Hodges and a fourth-down run by Parrish was short.

Parrish was also the Tigers leading rusher with 60 yards gained on 22 carries but he was sacked six times for a loss of 39 yards.