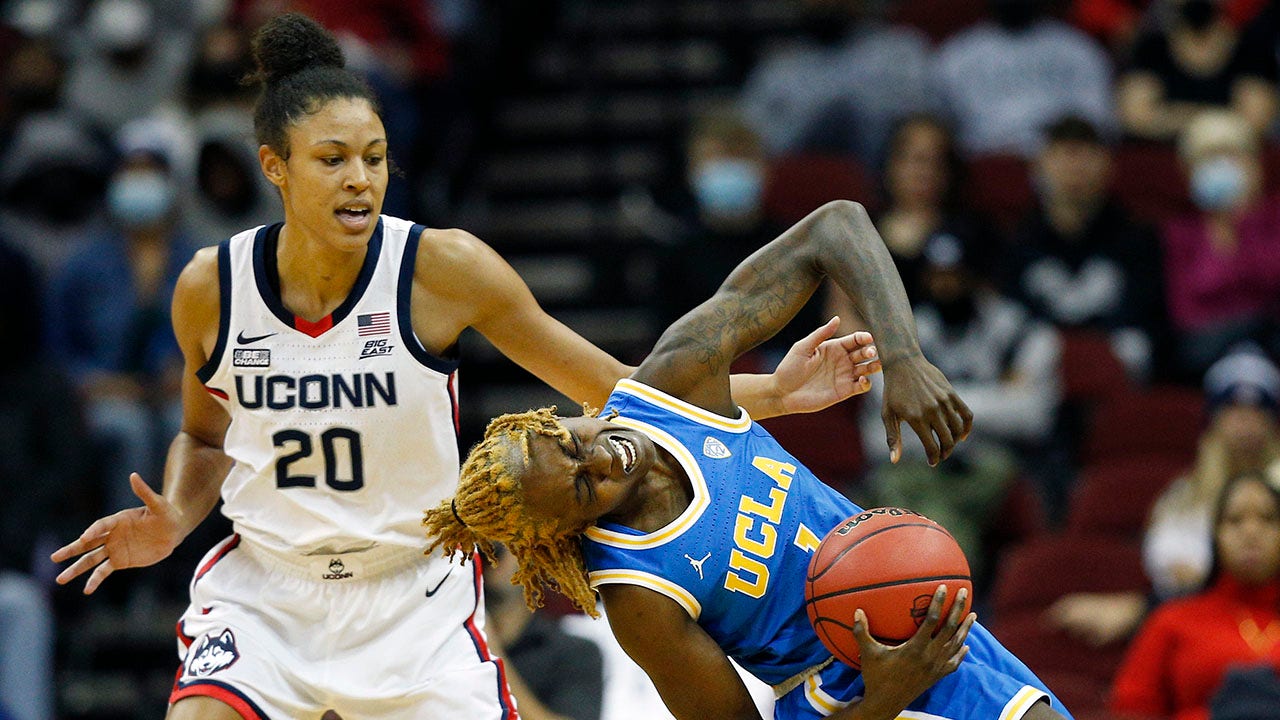 Third-ranked UConn struggled again without star Paige Bueckers but managed to avoid back-to-back losses for the first time since 1993, holding off UCLA 71-61 Saturday.

Dorka Juhasz shot 5 of 5 for 16 points with 16 rebounds and Evina Westbrook added 17 points, seven assists and seven rebounds for the Huskies (6-2).

Bueckers, the reigning national player of the year, fractured her knee last Sunday in a win over Notre Dame and the school said she will be out for up to two months. She is averaging 21.2 points, 6.2 assists, and 5.5 rebounds and had accounted for 52% of the Huskies’ offense in points or assists this season.

In their first game without her, the Huskies lost to unranked Georgia Tech on Thursday and were held to a season-low 44 points.

Charisma Osbornes led UCLA with with 26 points, while Jaelynn Penn had 10 points and seven rebounds. The Bruins fell to 0-7 overall against UConn.

The Huskies had trouble finding their rhythm at the start against UCLA and trailed by as many 11. Caroline Ducharme hit a 3-pointer in the final seconds of the first half, capping an 11-2 run that pulled UConn within 30-28.

A fast-break layup by Westbrook after a steal from Aaliyah Edwards put the Huskies ahead for good at 43-42 with 3 1/2 minutes left in the third quarter. The basket came during a 14-0 run that made it 50-42, with Juhasz scoring seven of the points.

Up by 14 points, UConn missed five straight foul shots in less than a minute as UCLA closed to 65-61 on Dominique Onu’s layup with 37 seconds left.

The Huskies also are without freshman Azzi Fudd. The nation’s consensus top recruit last year is out because of a stress injury to her right foot, as is sophomore Nika Mühl (right foot).

The game was part of the Never Forget Tribute Classic at the Prudential Center in Newark, raising money for a 9/11-related charity. It’s the first season women’s teams competed in the event. The UCLA-UConn matchup was nationally televised on ABC, becoming the first regular-season collegiate women’s basketball game to ever air on the network. No. 15 UConn men took on St. Bonaventure in the second game of the doubleheader.