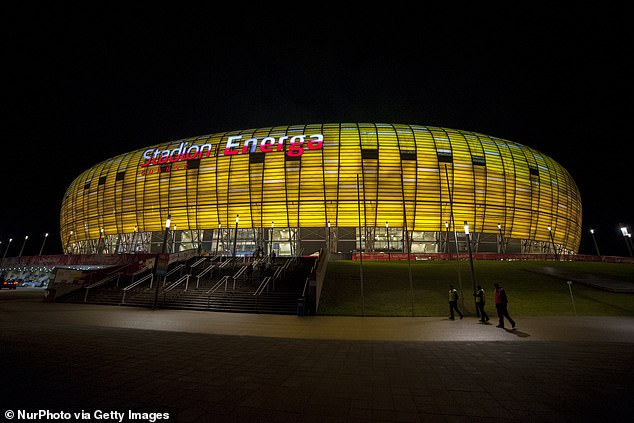 UEFA confirm they WILL let English fans into the Europa League final in Gdansk, just nine days after foreign travel is allowed, with up to 6,000 Man United and Arsenal supporters to head to Poland – even if it’s not on the Government ‘green list’

By Charlie Walker For Mailonline

Fans will be allowed to attend the Europa League final in Gdansk later this month, after UEFA reached an agreement over spectators with the Polish government.

The European football governing body says that 9,500 supporters will be allowed into the 40,000-seat Gdansk Stadium on May 26.

And 6,000 tickets will be available to fans and members of the public, raising the exciting prospect that Manchester United and Arsenal supporters could be at the game, if they both emerge from their semi-finals.

Each club in the final will be allocated 2,000 tickets, but fans may also get their hands on some of the 2,000 that go on general sale.

The remainder of the tickets, will be supplied to the local organising committee, UEFA and national associations, commercial partners and broadcasters.