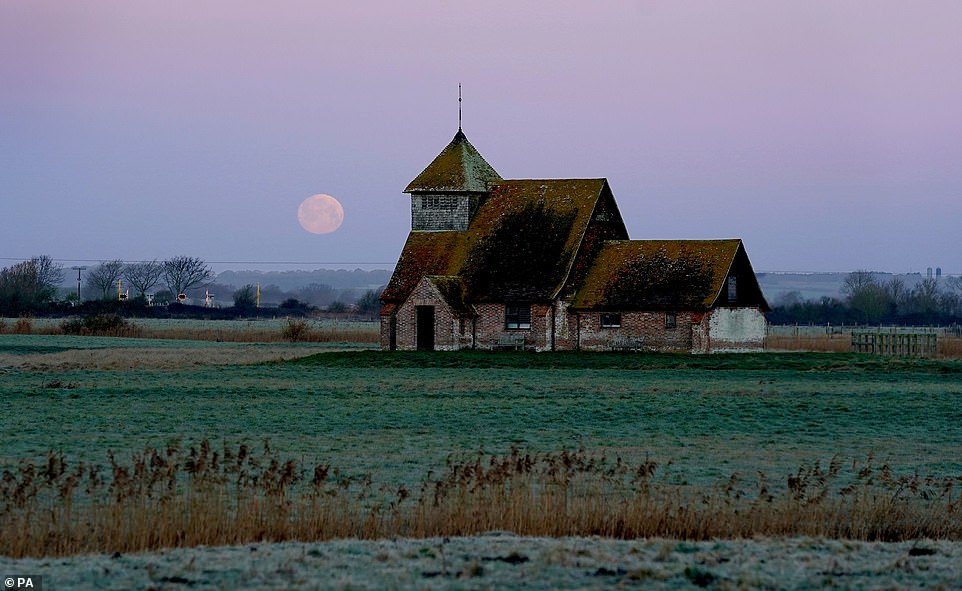 See the Wolf Moon in all its glory! Day of blue skies and sunshine will see temperatures hit 50F ahead of the year’s first full moon before return of sub-zero freezing fog


It’s said to be the most depressing day of the year when freezing temperatures and dark nights crush our spirits on the third week back to work after Christmas, with the festive season now a distant memory.

But forecasters suggested ‘Blue Monday’ should be renamed ‘Blue Sky Monday’ for today, as a blanket of fog lifted to reveal beautiful winter sunshine across most of Britain lasting for the whole day.

Temperatures will be around average for the time of year peaking at 10C (50F) in the South West and 8C (46F) for the rest of England, Wales and Scotland as high pressure remains in charge across the country.

And even though the sun will set between 4.30pm and 5pm as normal for mid-January, it will be a very bright evening for the whole of the UK ahead of the full ‘Wolf Moon’ which occurs at 11.48pm tonight.

The rest of the week will be mostly dry with more overnight frosts and freezing fog and temperatures still around average levels, but there could be some wintry showers in Scotland on Thursday.

The moon sets this morning behind St Thomas Becket Church in Fairfield, Kent, ahead of the Wolf Moon tonight 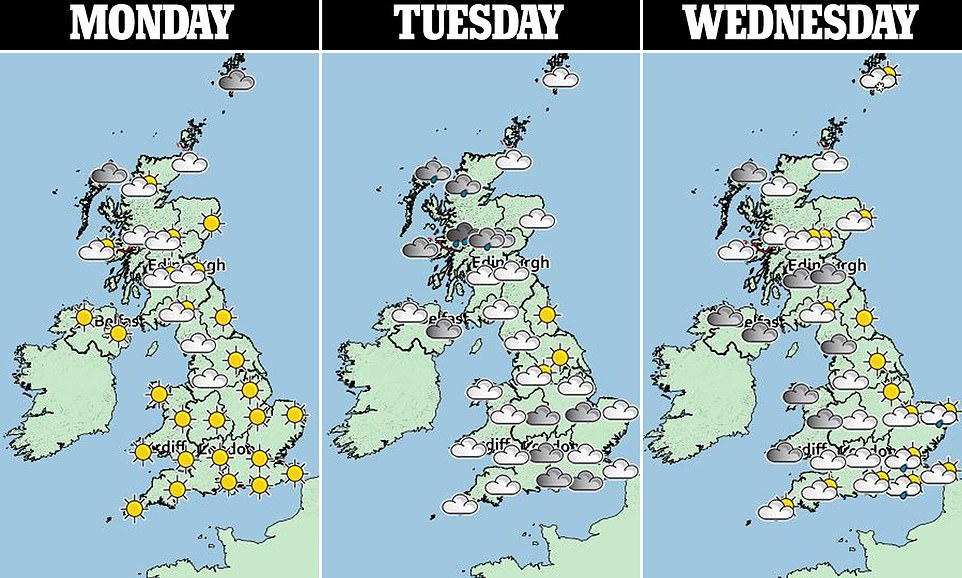 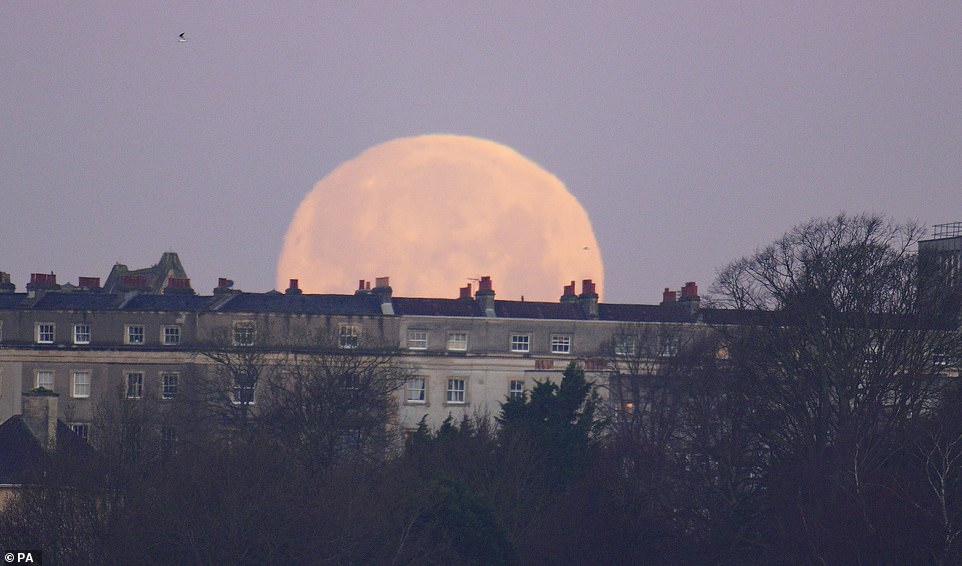 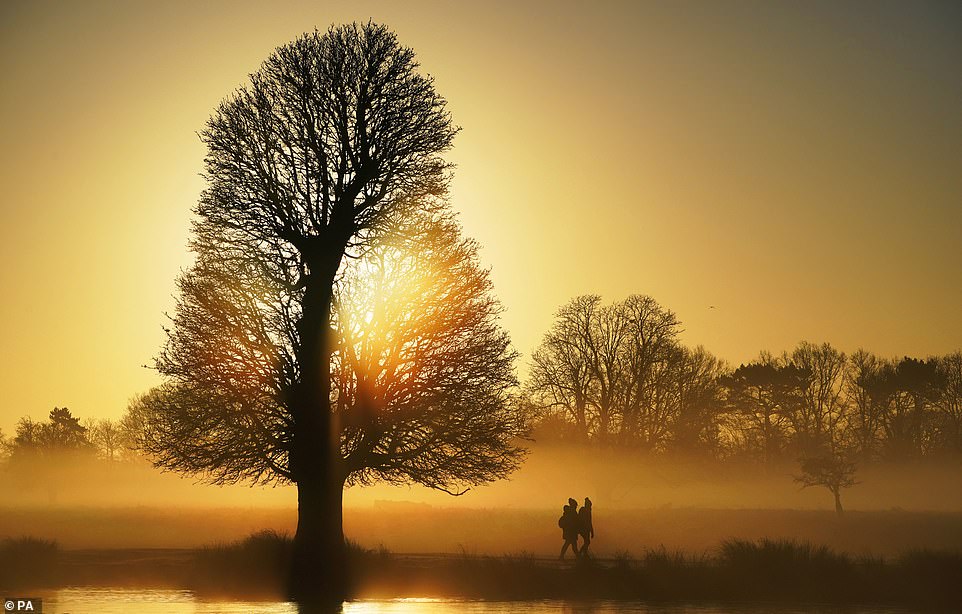 Today, most of England, Wales, Scotland and Northern Ireland will all enjoy mostly sunny skies after morning mist and fog clears – although North West Scotland will be cloudy and misty with some drizzle.

Tonight will be a clear night for Wales and north-eastern Scotland, while mist and fog will linger over the rest of the UK for most of the night but it will remain dry for all.

There will be light winds for most of England but moderate gusts in north-western Scotland. Fog in England and Wales will be slow to lift through tomorrow, and it will be cloudy with rain in Northern Ireland and Scotland.

Showers in Scotland will move eastward through the day as England and Wales remain dry with sunny spells, and there will be moderate south-westerly winds in Scotland and northern England.

Wednesday will begin wet and cloudy for most, becoming drier and brighter through the day, with scattered showers in Wales and Southern England. There is also the potential for some wintry showers in Scotland.

Thursday will then be dry and bright for most, with some thick cloud in Northern Ireland and Scotland.

The lowest temperature recorded overnight into this morning was -3.9C (39F) at Leeming in North Yorkshire.

The highest temperature recorded over the weekend was 12.3C (54.1F) at Gosport in Hampshire yesterday, while the lowest was -4.7C (23.5F) at Benson in Oxfordshire on Saturday.