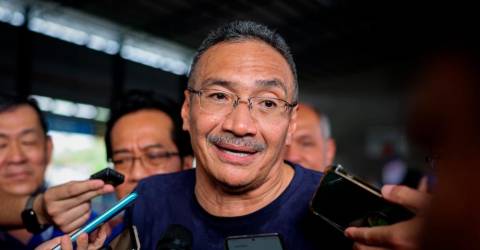 Hishammuddin, who is also Sembrong Umno Division chief, said that to realise BN’s wishes the party needs to win the GE15.

“From earlier, the party had decided and made a stand that he (Ismail Sabri) will be our poster boy. To become Prime Minister, the important thing is that the party must first win,“ he told reporters after the ‘Jelajah Undi BN Johor’ programme at the Pagoh parliamentary constituency in Kampung Baru Grisek here today.

Ahmad Zahid said the issue of Ismail Sabri not holding the highest position in the party should not be magnified.

Commenting on a media report about Rafizi Ramli’s claim that Pakatan Harapan has the potential to win 13 to 15 parliamentary seats in Johor in the GE15, Hishammuddin said it’s the people who will decide the outcome on polling day (Nov 19).-Bernama