Unite leader Len McCluskey has blamed Labour’s humiliating defeat at the ballot box on Jeremy Corbyn‘s ‘Metropolitan’ manifesto and a failure to respect the Brexit referendum.

The staunch Corbynite also rounded on leadership contenders such as Keir Starmer and Emily Thornberry today for forcing through the party’s ‘slow motion’ decision to back a second Brexit referendum, as Labour continued to descend into civil war.

McCluskey, who heads the UK’s second biggest union, also blamed Corbyn’s failure to get to grips with anti-semitism for their defeat in a blistering article published in the HuffPost.

Labour was annihilated across England in last night’s election, ending up with its worst result in almost a century, as traditional heartlands including Bolsover, Durham and Sedgefield turned to the Conservatives.

Pundits declared the party’s red wall had been breached as seats that had never changed hands and had backed the Labour party for almost 100 years all fell to the relentless advance of Boris Johnson’s party. 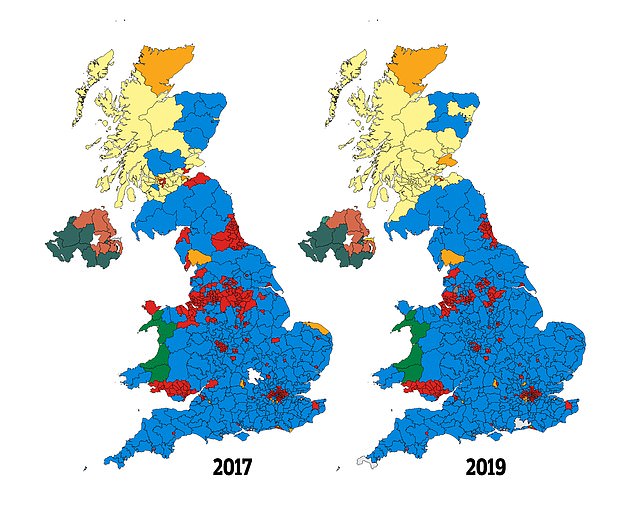 Labour’s red wall crumbled last night as the party haemorrhaged support in places seen as safe seats for decades. The map on the left, from 2017, shows a solid red block spreading from North Wales across the north of England and up to the north east. The map on the right, shows a bluer picture, with new Tory seats including  Vale of Clwyd and Blyth Valley at either end.

A devastated McCluskey, who has led the union for almost ten years, sought to pour blame for the defeat on to the party’s central faction.

‘Like most elections, this one was not won or lost during the campaign’, he wrote.

‘And it is Labour’s slow-motion collapse into the arms of the People’s Vote movement and others who have never accepted the democratic decision of June 2016 for a single moment which has caused this defeat.

‘As important as it is, too often, Labour addresses the metropolitan wing of its electoral coalition in terms of values – opennes, tolerance, human rights – and the ‘traditional’ working-class wing simply in terms of a material offer, as if their constituencies did not have their own values of solidarity and community.’

Turning his fire on the party leader he also said Labour had presented an ‘unattractive picture all year’ that was ‘lacking a positive message through the weary months of parliamentary deadlock’. 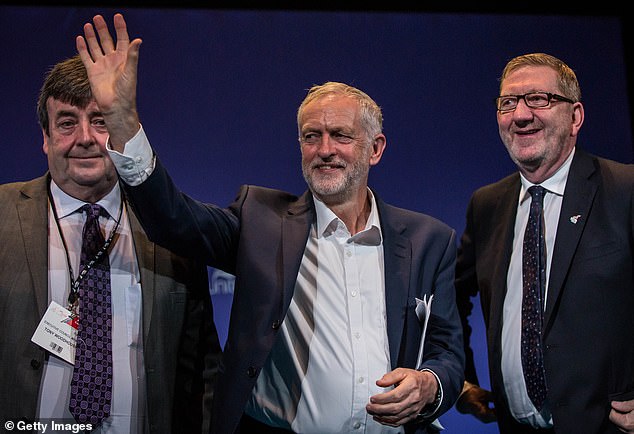 The staunch Corbynite, pictured with the Labour leader in Brighton on July 13, also said the party’s failure to tackle anti-semitism led to the cruyshing result 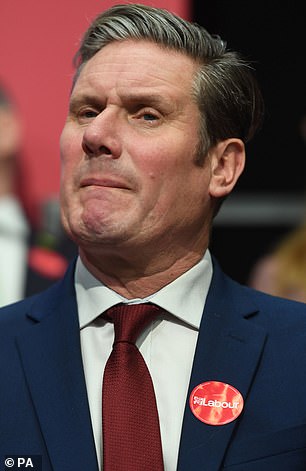 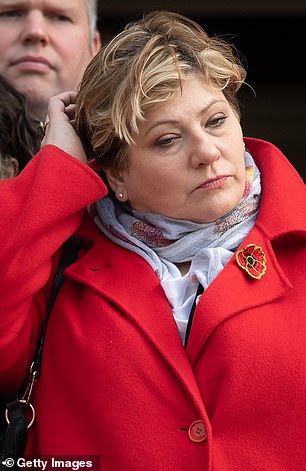 McCluskey, who has headed up Unite for almost ten years, also blamed the defeat on future leadership contenders Kier Starmer, left, and Emily Thornberry, right, for pushing through a policy supporting a second Brexit referendum

As the results trailed in last night, with Blyth Valley being the first to fall to the Conservatives at 11.30pm, party big wigs lined up to blame the right-wing press and Brexit for their defeat.

But, as seats in the party’s former heartlands continued to turn blue, Corbyn announced from the count in his constituency in Islington North that he would not lead the party into another General Election.

However, the leader failed to apologise to colleagues that lost their seats or outline a clear timetable for his resignation.

Labour’s campaign was dogged with allegations of un-costed pledges and claims that it had failed to take control of the anti-semitism crisis.

The Conservatives, on the other hand, focused on a central message of getting Brexit done and avoided making any further major policy announcements. 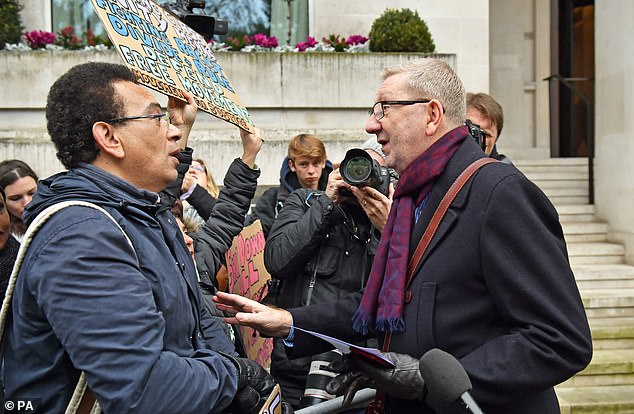