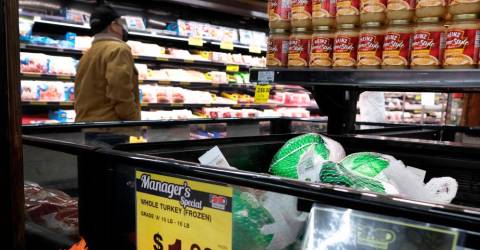 NEW YORK: US inflationary pressure is expected to continue rising in the coming year despite a recent drop in consumer prices, reported Sputnik, quoting the New York Federal Reserve survey published on Monday.

“Median one- and three-year-ahead inflation expectations increased to 5.9 per cent and 3.1 per cent from 5.4 per cent and 2.9 per cent, respectively,” the NY Fed said in its Survey Of Consumer Expectations.

The projection comes after the Consumer Price Index, or CPI, expanded at its slowest pace in nine months in October. The CPI expanded by 7.7 per cent over a 12-month period last month, versus a growth of 7.9 per cent forecast by economists and against the previous yearly growth of 8.2 per cent to September. – Bernama