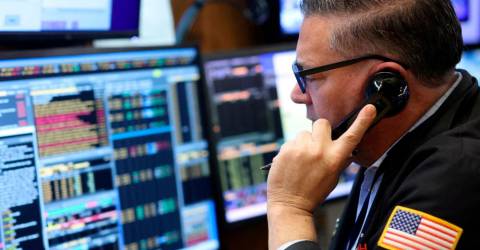 NEW YORK: Wall Street stocks rose again on Thursday (Jan 12) after US data showed a moderation in inflation as markets looked ahead to earnings reports from large banks.

The Consumer Price Index last month rose 6.5% from a year ago, according to data released on Thursday, the smallest increase since October 2021 and the sixth straight month of easing.

The report was in line with projections and added to expectations that the Federal Reserve (Fed) will pivot from a series of ultra-aggressive interest rate increases.

“Most investors are seeing inflation come down. That’s a positive sign, and I would expect earnings to be decent,“ said Gary Bradshaw, portfolio manager at Hodges Capital Management in Dallas, Texas.

Ryan Sweet, chief US economist at Oxford Economics, called the report “another small step in the right direction”.

Philadelphia Fed president Patrick Harker and St Louis Fed president James Bullard acknowledged the moderation in prices, but stressed on the need for further monetary policy tightening to bring inflation down to the central bank’s target.

Among individual companies, American Airlines surged nearly 10% as it lifted its earnings projections for the fourth quarter amid solid travel demand.

Markets are looking ahead to a deluge of bank earnings on Friday (Jan 13), the unofficial kickoff of the quarterly earnings season. The group of companies releasing results includes JPMorgan Chase and Bank of America. – AFP, Reuters