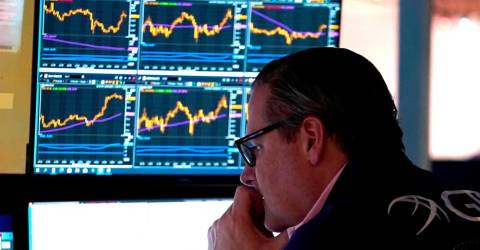 NEW YORK: US stocks dipped on Friday to end a tumultuous year as market participants remain concerned about the economic and profitability landscape, reported Xinhua.

Ten of the 11 primary S&P 500 sectors ended in red, with real estate and utilities down 1 per cent and 0.96 per cent, respectively, leading the laggards. Energy rose 0.76 per cent, the lone gaining group.

Friday marked the final trading day of 2022, a brutal year for equities as aggressive Federal Reserve policy tightening to curb inflation triggered worries about a potential US recession.

Despite the sharp losses, analysts cautioned the market’s pain may be far from over.

“With pressure on corporate profits for the next few quarters, equity markets could slip in the near term,“ UBS analysts said in a recent note.

In the first half of 2023, the S&P 500 is expected to re-test the lows of 2022, but a pivot from the Fed could drive an asset recovery later in the year, strategists at JP Morgan Global Research said in the team’s year-ahead outlook. – Bernama