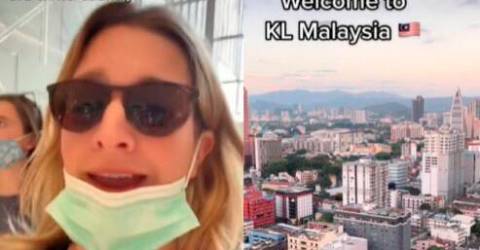 A VIDEO went viral on TikTok a few days ago that showed an American woman expressing both surprise and delight over the beauty of a certain major shopping mall in Kuala Lumpur.

The video was uploaded on the app by Tiffany Werner, a content creator who shares videos of all the places she visits throughout the world.

Her video begins with her wandering in Pavilion KL and posing the question: “For all of my people in America who think I’m in some third world country, does this look third-world to you?”

She then pans the camera around to reveal the mall’s distinctive atrium area.

The majority of Werner’s recent videos highlight her activities during her time in Malaysia, and her mall video has received over two million views on TikTok so far.

Werner went on to say that malls in the United States are different from those in Malaysia.

It was intriguing to see her single out Pavilion KL, which surprised everyone.

She received plenty of comments from both US and Malaysian users, all offering opinions about various malls and also the differences in culture between the two countries.