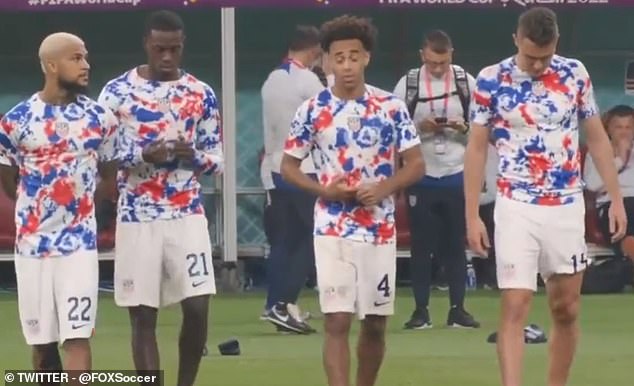 By Jake Fenner For Dailymail.Com

After the USA’s World Cup exit at the hands of Holland Saturday, some players stayed out on the field to ‘reflect on the journey.’

Gregg Berhalter’s side were defeated 3-1 in the Round of 16 by Holland after Memphis Depay, Daley Blind and Denzel Dumfries were all on target for the Dutch and Haji Wright’s strike a mere consolation.

While the defeat eliminated the Americans – a devastating blow for their hopes of further advancement – it showed the promise of improvement in a squad that entered the 2022 World Cup as the second youngest at an average age of 25.2 years.

In the wake of the loss, five players went out onto the pitch, spoke to each other, sat in a circle on the grass, and prayed together to take in the Qatar nights for the final time. 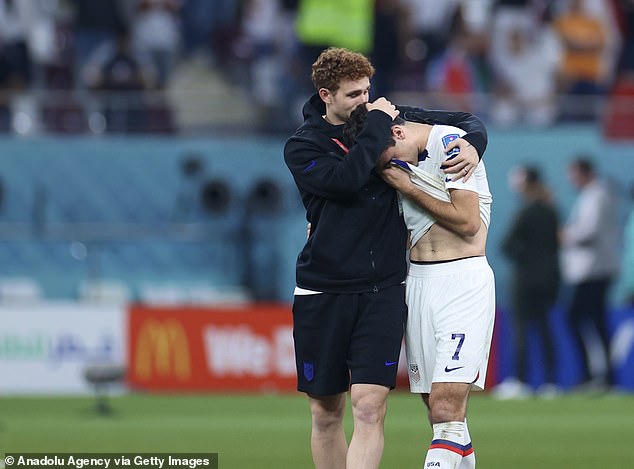 Winger Timothy Weah, right back DeAndre Yedlin, center back Aaron Long, and midfielder and captain Tyler Adams were spotted walking out onto the pitch together after the matches had finished – speaking to each other as they did so.

Later, reserve goalkeeper Sean Johnson joined them, sitting down in the circle with them.

Cameras then caught Johnson, Long, Weah, and Yedlin standing together and praying with each other.

After their ritual, Yedlin spoke to FOX Sports and explained the ‘grounding’ sessions put the defeat into perspective.

‘We were just putting things in perspective and reflecting on the journey and just giving thanks, you know, to the Earth,’ said Yedlin, who played sparingly despite being the only player on the roster with prior World Cup experience. 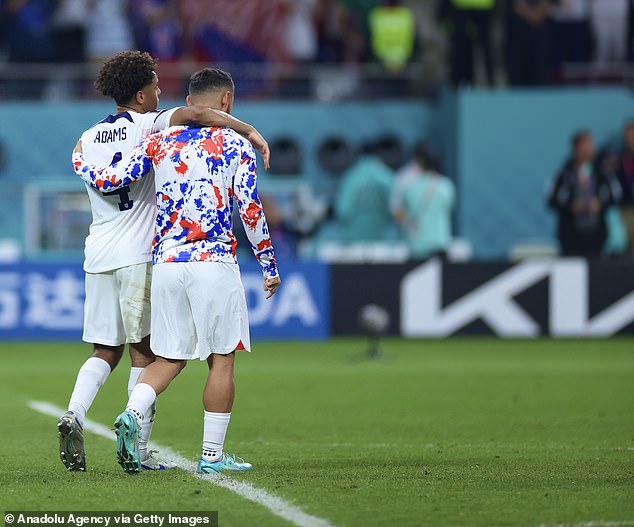 ‘It just helps put perspective to life, good or bad. It’s something that I have [been doing for awhile]. We kind of introduced it to the team, and the guys have liked it.

‘So, we’re just trying to keep it going. Especially in a time like this, where it can be difficult to put perspective to life, and realize that it’s not the be all, end all.

‘I’ve learned to put perspective on things better than when I was younger. It hurts, and it hurts for a lot of the guys, but I think it’s important that we realize that we still have our families.

‘The guys who have children, we still have our children. We’re still sons, brothers, uncles, whatever it may be. And that’s the most important thing in life.’ 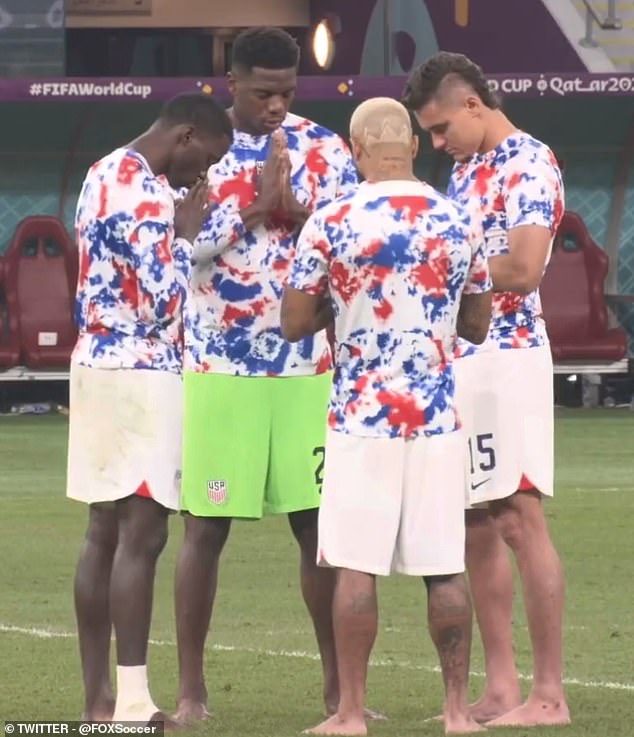 After entering the knockout stages as the only team to not concede a goal from open play, the United States allowed the Dutch to put three past their net with the main culprits being players failing to mark open Holland players.

Despite the end of the road coming sooner than the USMNT expected, it could be a sign that this group could perform better in 2026.

‘I think it’s a step forward,’ Yedlin said. ‘I think things happen for a reason. You look at 2018, this group was brought together [after missing the tournament]. Then this happens and people are asking why it happened like this, or what will come in the future. I’m sure at some point it will all make sense.’