Vandals have broken into an ancient cave and caused devastating irreversible damage to rock formations that are over two million years old.

NSW Police are appealing for information after finding stalactites and speleothems – mineral formations that hang from cave ceilings – in the Jillabenan Cave at Kosciuszko National Park had been cut in half at some point over a six-day period.

The Jillabenan Cave is the oldest cave in the Yarrangopilly Cave system, extending 150 metres into the ground, and is a popular tourist destination.

The intruders are believed to have wandered into the cave system between Sunday October 17 and Saturday October 23. 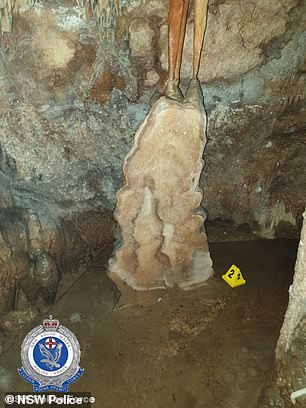 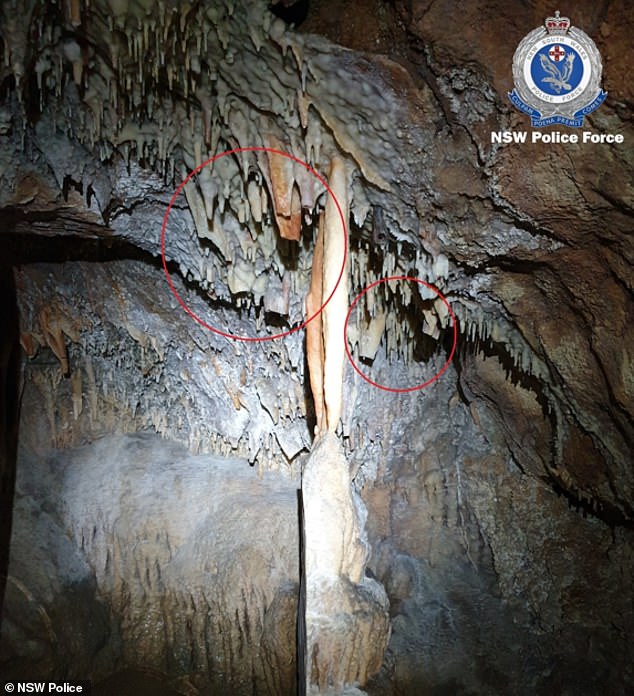 The vandals appear to have used heavy duty tools to cut the millions of years old formations, with some being split right down the middle

Authorities were called to the cave after reports were made about significant damage.

The vandals appear to have used heavy duty tools to cut the millions of years old formations, with some being split right down the middle.

Other stalactites hanging from the roof have had the ends cut off in a shocking display of irreverence. 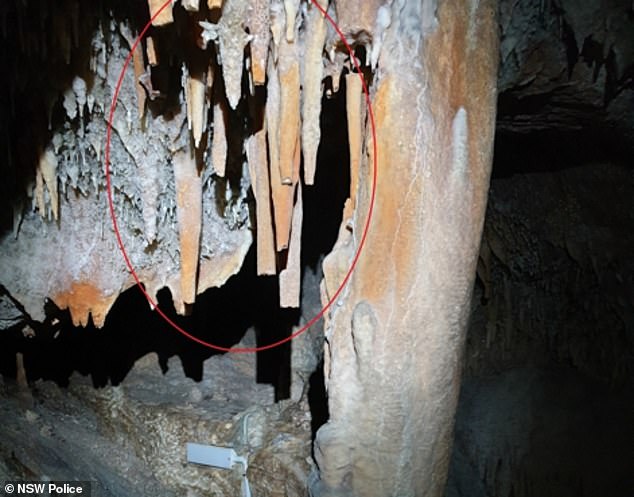 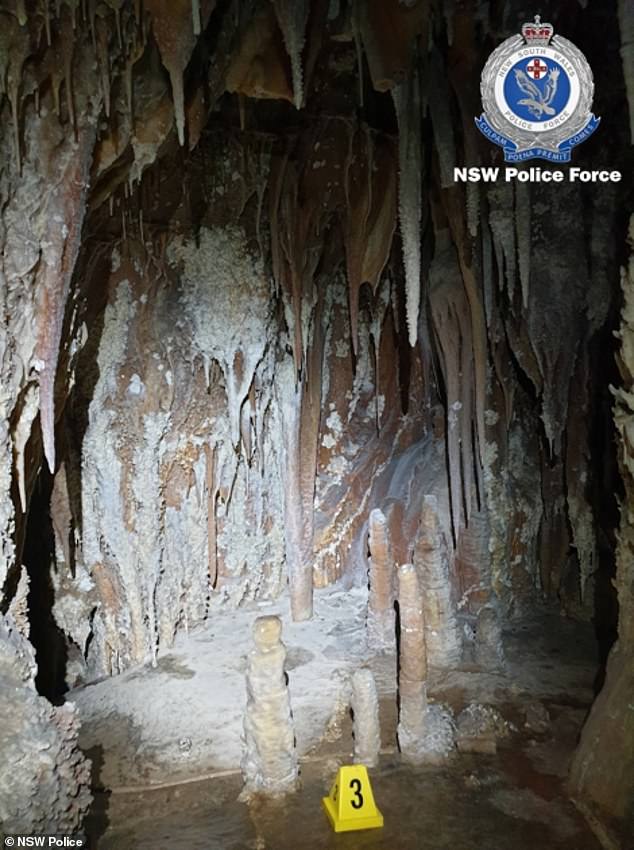 The formations appear over millions of years, and the damage the vandals have produced is irreversible

Police found the padlock securing the cave had been removed and the power distribution board had also been damaged.

One particularly disturbing image shows a huge formation standing taller than an average adult cut completely in half.

Others show stalactites cut off onto the ground and lying in a heap.

Police are urging for the members of the public to come forward and contact Tumut Police or Crime Stoppers if they have any information.

They are continuing their inquiries into the shocking destruction. 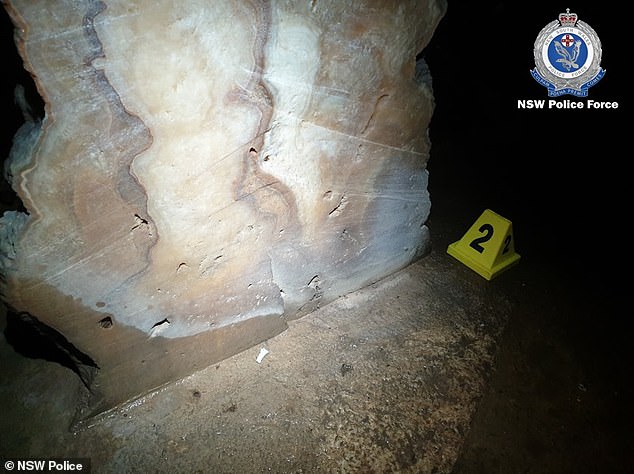