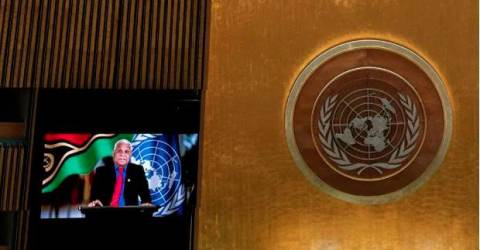 WELLINGTON: Vanuatu’s opposition on Monday asked the country’s top court to block the recent snap dissolution of parliament, challenging the prime minister’s controversial bid to avoid a vote of no confidence.

The usually calm Pacific island nation was plunged into political crisis on Friday when parliament was abruptly dissolved, sparing Prime Minister Bob Loughman from the vote, which could have brought his government down.

Opposition leader Ralph Regenvanu said he filed a legal challenge with the country’s Supreme Court on Monday in an effort to reverse the dissolution.

“We requested an urgent constitutional case warranting an immediate hearing,“ Regenvanu told AFP, adding the hearing is likely to be held in the next few days.

Vanuatu will go to the polls in the next 60 days if the parliamentary dissolution is upheld.

The country had not been due to hold an election until 2024.

The no-confidence vote in Loughman — who has led the Pacific island nation since 2020 — was backed by the country’s opposition as well as 17 lawmakers from the ruling party.

Pacific nations have come under intense political scrutiny amid China-US tensions, with Beijing seeking to increase its security and trade presence in the region. – AFP