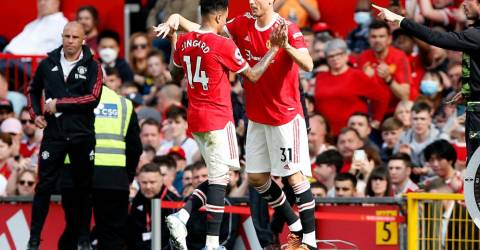 LONDON: Veteran Serbian midfielder Nemanja Matic announced on Friday that he will end his five-year stay at Manchester United at the end of the season.

The 33-year-old, who was signed by Jose Mourinho from Chelsea for £40million in July 2017, revealed he had told interim manager Ralf Rangnick of his decision.

“After a great deal of thought, I have decided that this season will be my last with Manchester United,“ he wrote on Instagram.

“It has been a huge honour and a privilege to play for this great club. A big thank you to the fans for their unwavering support.

“I will now give everything until the end of the season to help my team-mates finish as strongly as possible.”

Matic has made 17 Premier League appearances this season and was in the starting line-up in United’s last match, which ended in a 1-0 defeat at Everton.

In all, he has made over 180 appearances in all competitions. – AFP