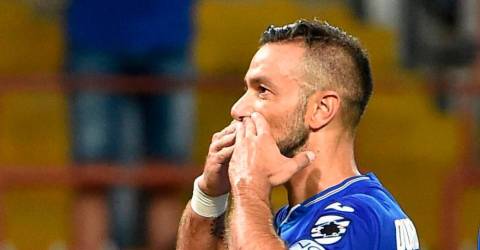 Milan: Former Italy forward Fabio Quagliarella will miss the restart to Sampdoria’s season after the Serie A club announced on Wednesday that the veteran had suffered knee ligament damage.

In a statement Samp said Quagliarella, 39, injured his left knee while at a team training camp in Turkey and will be assessed by club doctors in Genoa.

Italian media report the injury could end his season and as a result his long career as one of Italy’s most respected marksmen.

Quagliarella blossomed in his 30s after much of his earlier career was blighted by a harrowing ordeal involving a stalker.

He was Serie A’s top scorer with 26 goals in the 2018-19 season, netting five more than Cristiano Ronaldo.

However he is yet to score this term for a Sampdoria team sat in the relegation zone who face Sassuolo on January 4.

Quagliarella earned 28 caps for Italy between 2007 and 2019, scoring nine times.-AFP