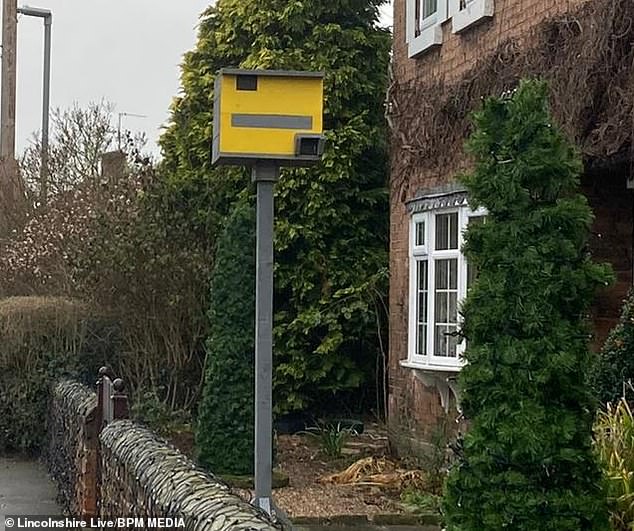 Villager, 50, paints bird box and places it on pole to resemble speed camera to try and slow down drivers breaking the 30mph limit outside his home

A man who is concerned about road safety has painted his birdbox to resemble a speed camera in an effort to slow down drivers through his village.

Determined to make a change before it’s too late, Neil Mallinson, a volunteer with the village’s Speed Watch group, has taken a unique approach to raising awareness of the issue.

He said: ‘I really wanted to raise the volume about the subject – that’s what propelled me to do something like this [painting his birdbox]. 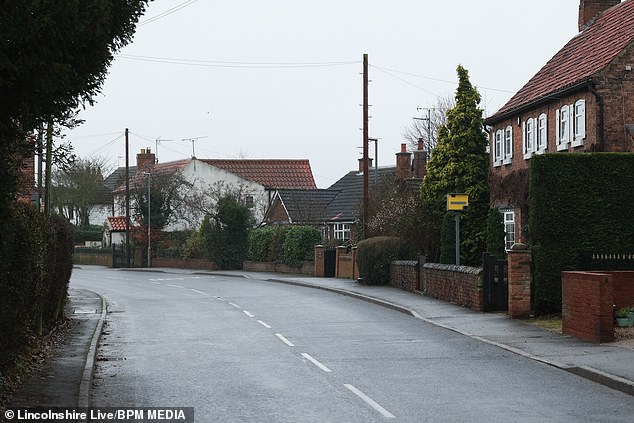 Determined to make a change before it’s too late, Neil Mallinson, a volunteer with the village’s Speed Watch group, has taken a unique approach to raising awareness of the issue

‘We’ve received a load of Facebook comments about it and a lot of people have spoken about it. There is an attention and we want to see something done about it.’

The 50-year-old added that he wanted ‘more extreme measures’ in the village, such as an average speed camera at each end of the village.

He said: ‘Until you can change drivers’ habits by some form of penalty, you’re never going to change what they’re doing.

‘There needs to be some form of punitive action taken and we are also talking about new calming measures, such as chicanes. But until then, I don’t think anything will ever change.’

The speeding issue had also become a detriment to an otherwise pleasant village, the cable factory owner said.

He said: ‘It’s a nice little village and I think the speeding does take away from the village.

‘Whenever we have anyone visiting our house, there’s always the concern if they’re parking outside because its’ not exactly a safe environment. I’ve got three young kids so you’re always aware of it.’

Other residents in the village said they were also concerned that Town Street was becoming genuinely dangerous.

One mother-of-two, who did not wish to be named, said it could be perilous walking her two children to the village school, which is only a couple of streets over.

She said: ‘We cross the road to take our kids to school every day, and there is that fear that if someone came speeding around the corner, it could be really serious.’

She added: ‘And our garden backs right onto the road, so the noise is also a real issue. ‘The motorbikes are the worst.’

From her kitchen window, resident Shirley Stokes can see the radar speed sign on Town Street and she said it regularly clocks drivers going over 30mph.

She said: ‘Some of them go past and it doesn’t even show the speed they’re driving, it just tells them to slow down.

So I think they’re going well over 35mph at that point.’ She added that drivers go past at high speeds at all times of the day and there was no particular period when it is at its worst.

She said: ‘I have no idea why they do it, but it is going to lead to an accident.’ Mr Mallinson also said that he couldn’t see why people sped through the village, considering that it is not a ‘cut-through’ to any other major villages or towns.

He said: ‘It’s not like people would be commuting to any other villages, so maybe it’s people living locally who just don’t respect that we have a 30mph limit in the village.’