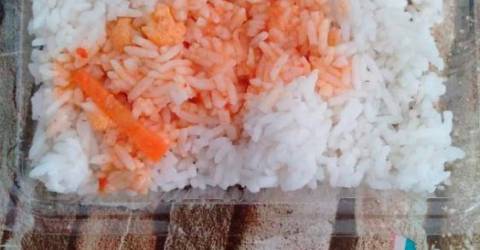 KUALA LUMPUR: The Ministry of Education (MOE) has rubbished claims that schoolchildren are being served with only plain rice and gravy under the government’s Supplementary Food Programme (RMT) as shown in a picture on social media.

Senior Education Minister Datuk Dr Radzi Jidin said that detailed investigations were carried out and it was found that the photograph of the food viralled by a Facebook user was not the meal prepared for RMT recipients in schools.

“I have received feedback on the picture, which allegedly is the food for children under the RMT. A representative of the MOE had gone to the school concerned to carry out detailed investigations regarding the Facebook user’s allegation.

“Our investigations found that the picture that had gone viral was not the food prepared for RMT recipients in schools. The meals for all RMT recipients are prepared by canteen operators for the children to eat in schools only,” he wrote on his Facebook page today.

He thanked all parties for their concern over the matter, adding that the ministry would continue to improve the programme, including in the preparation of meals and milk for all the recipients.

He added that the provision of milk under the RMT had also been improved, with recipients being served milk on all school days since last year, instead of twice a week previously. – Bernama