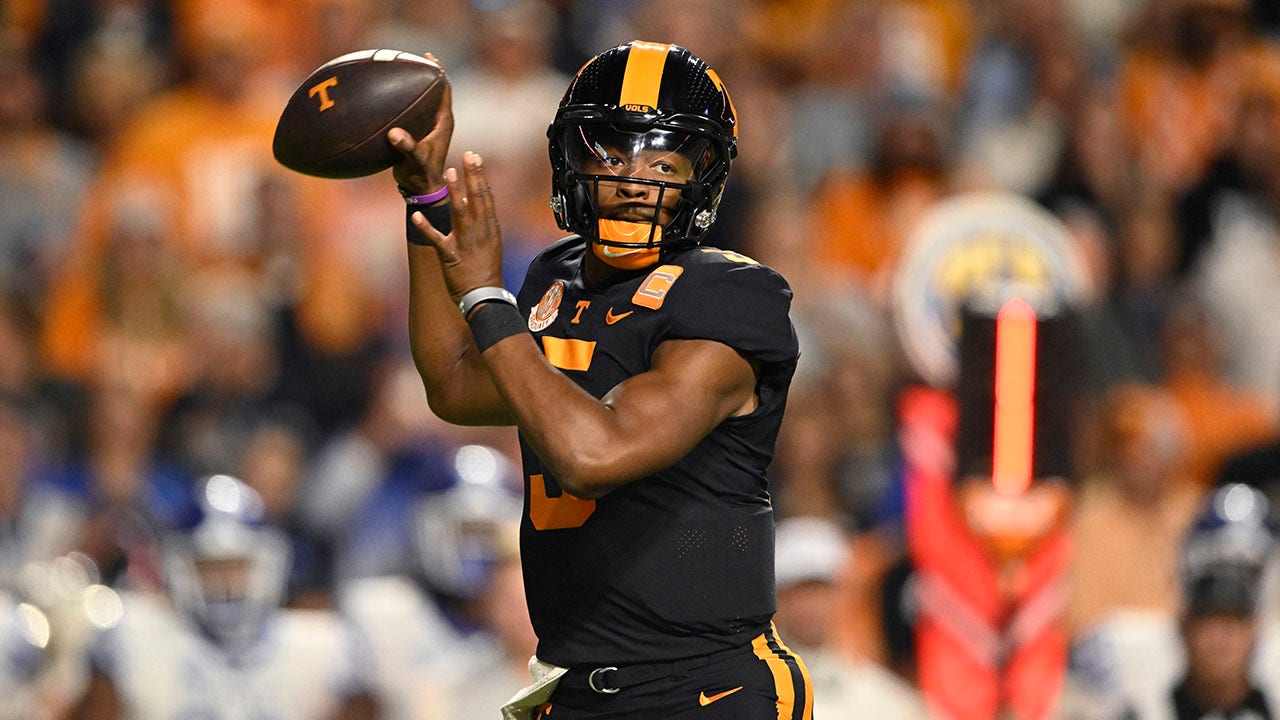 Tennessee quarterback Hendon Hooker is having a breakout season, leading the Volunteers to an 8-0 record and the No. 1 ranking in the College Football Playoff.

As Hooker prepares to take on No. 3 Georgia Saturday in Athens, he’ll do so with a new NIL (name, image and likeness) deal after signing with French’s mustard Friday.

Hendon Hooker of the Tennessee Volunteers stands on the field after a win over the Kentucky Wildcats at Neyland Stadium Oct. 29, 2022, in Knoxville, Tenn.
(Eakin Howard/Getty Images)

As part of the deal, Hooker was gifted a sweet pair of mustard-colored sneakers and will use his social media accounts to promote the French’s brand.

COLLEGE FOOTBALL WEEK 10 PREVIEW: AN AFTERNOON IN ATHENS, AN EVENING IN BATON ROUGE

“I’ve been a huge fan of French’s my whole life, so it’s a dream to work with such an iconic brand,” Hooker said in a release, according to the Knoxville News Sentinel. “I love that French’s has become part of our games, and this will be a fun opportunity to keep building that relationship with the community – not to mention raising my sneaker game.”

Last year, the mustard bottle became associated with Tennessee football when a fan threw a French’s mustard bottle onto the field at Neyland Stadium in a game against Ole Miss.

The mustard bottle was one of many items thrown onto the field as fans of Tennessee were not pleased with the referees in a 31-26 loss to Lane Kiffin and the Rebels. Kiffin was nearly hit by a golf ball thrown from the stands.

“Hendon has captivated college football with his athleticism and enthusiasm, and he’s the perfect fit for French’s first sports partnership and the first mustard NIL sponsorship ever. As a UT alum, I couldn’t be prouder,” said Andrew Foust, president at McCormick, per Sports Illustrated.

“We’re thrilled to work with an athlete who taps into our brand’s special relationship with the fans who make us part of game day traditions. We’ll be cheering Hendon on and can’t wait to see him wear our custom French’s sneakers.”

Hooker will be leading the top offense in the country Saturday afternoon against Georgia, a team that boasts one of the top defenses in the country.

Hendon Hooker of the Tennessee Volunteers throws a pass against the Kentucky Wildcats in the first quarter at Neyland Stadium Oct. 29, 2022, in Knoxville, Tenn.
(Eakin Howard/Getty Images)

Joe Morgan is a Sports Reporter for Fox News.