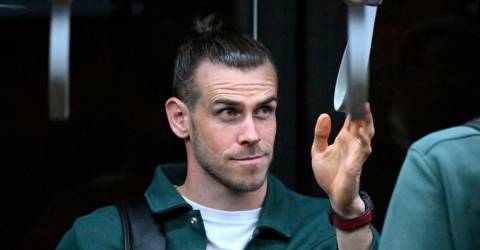 LONDON: Wales captain Gareth Bale (pix) gave his team a boost on Tuesday when he said he was fully fit for the FIFA World Cup.

The condition of the former Real Madrid player had been a cause of concern as he said he was “not 100 per cent” fit after scoring for Los Angeles FC in the final of the MLS Cup.

However, as Wales prepared to fly to Qatar for their first World Cup appearance since 1958, the 33-year-old insisted he was fit to play, said Xinhua.

He admitted that the run-up to the tournament had been complicated. “It’s been difficult, even hearing stories of players going down and knowing they’re going to miss the World Cup.”

“Speaking to a few of the boys, even for them having to play this weekend was tough mentally, and we’re just praying not to have an injury at all because it’s such a big occasion,“ Bale admitted.

He added that Wales’ experience in the recent European Championships would be a help in Qatar, where they will face the United States on Nov 21, before moving on to face Iran and England in a group where all four sides are in the top 25 of the FIFA rankings.

“When you play in these big tournaments, it’s important to have the experience of doing so, and most of the squad have done that,“ added Bale.

“It’s important to know what to expect. The games come thick and fast and they’re all difficult games, but we’ll prepare to get as far as we can in this tournament.

“On paper we have the hardest group in the World Cup, and we’re just doing the best planning possible to give us the best chance of winning.”-AFP