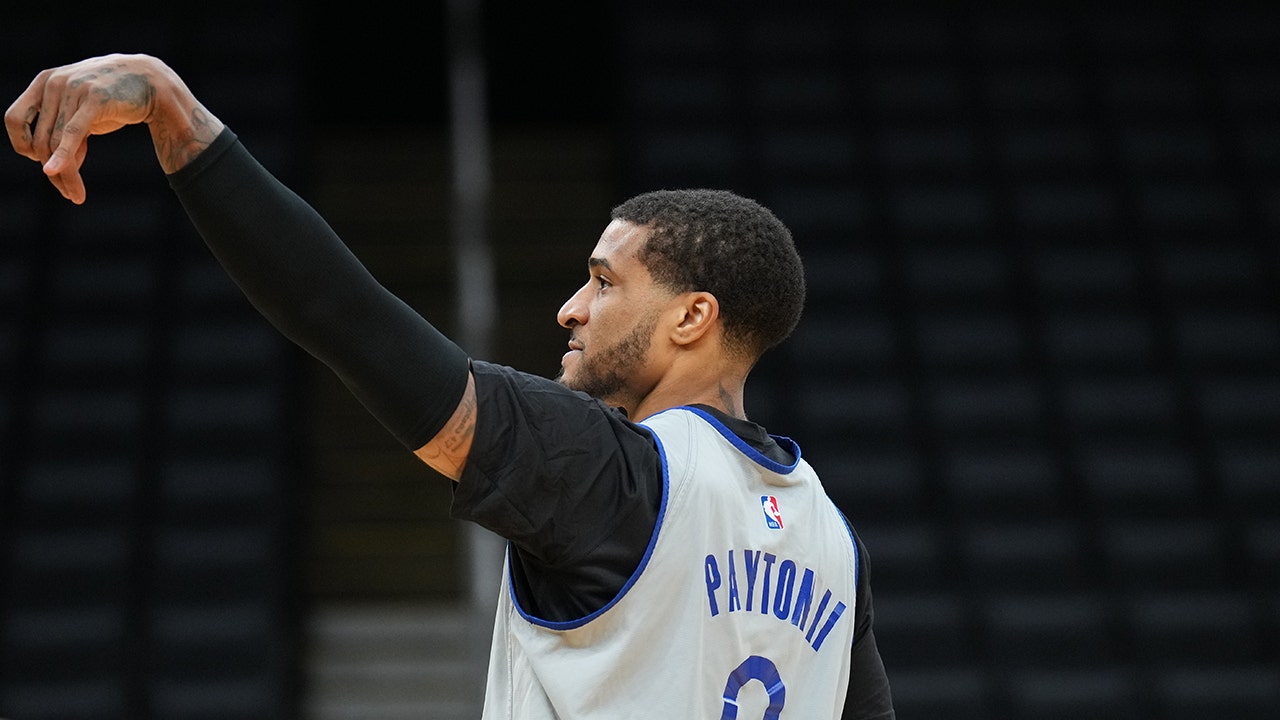 Golden State Warriors guard Gary Payton II is looking to avoid injury after fracturing his elbow in Game 2 of the Western Conference semifinals against the Memphis Grizzlies. During a team practice Tuesday, Payton was hit in the head by a stray basketball.

Payton was practicing a drill with head coach Steve Kerr ahead of Game 3 of the NBA Finals against the Boston Celtics when he was drilled in the head by a ball.

It was unclear who threw the basketball, but Kerr’s reaction said it all: “Ouch.”

Payton returned to the playoffs in the Warriors’ Game 2 win over the Celtics. Steph Curry praised him during a press conference Tuesday, calling Payton an “amazing difference-maker.”

“I think fans really resonate with that. They really love the way he approaches the game, his energy,” Curry said. “He changes games without having really crazy scoring outputs … You just get so much energy watching him defend and disrupt and do all that type of stuff.

Jayson Tatum (0) of the Boston Celtics dribbles against Gary Payton II (0) of the Golden State Warriors during the second quarter in Game 2 of the 2022 NBA Finals at Chase Center June 5, 2022, in San Francisco.
(Thearon W. Henderson/Getty Images)

“Fans love that, and we love it too as a teammate. So it’s been awesome to watch his growth and development this year.”

The Celtics host the Warriors Wednesday at 9 p.m. ET with the series tied at one game apiece.