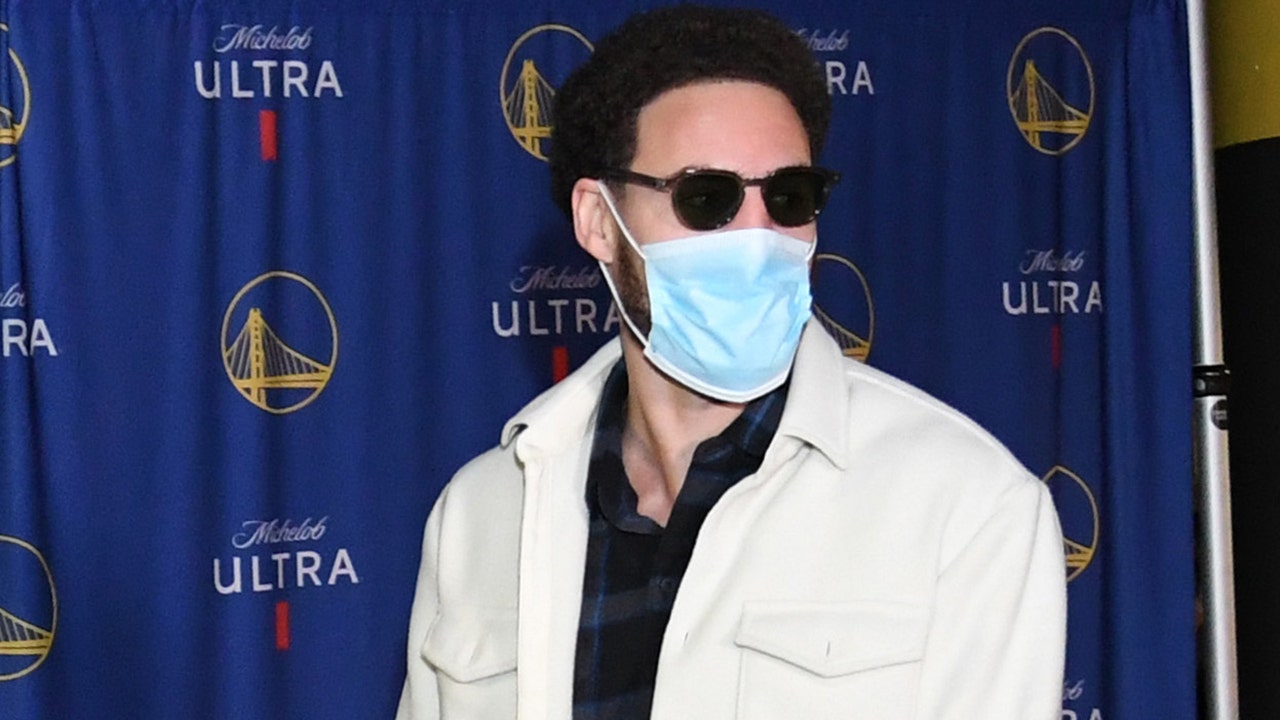 Golden State Warriors guard Klay Thompson announced he will make his long-awaited return to the court on Sunday against the Cleveland Cavaliers.

Posting a clip from the movie “Space Jam” on his Instagram page, Thompson said, “How I’m pulling up to chase [Center] tomorrow,” ESPN reports.

Klay Thompson #11 of the Golden State Warriors stands on the court prior to the start of a NBA game against the New Orleans Pelicans at Smoothie King Center on January 06, 2022 in New Orleans, Louisiana.
(Sean Gardner/Getty Images)

“I hate to use the phrase ‘can’t wait’ because I love to be present in my life. But I cannot wait to play in front of our fans again. I really, really enjoy being a Warrior,” Thompson said in a statement posted by the Warriors.

Klay Thompson #11 of the Golden State Warriors looks on prior to the game against the Phoenix Suns on December 25, 2021 at Footprint Center in Phoenix, Arizona.
(Michael Gonzales/NBAE via Getty Images)

The 31-year-old participated in a light scrimmage with the team on Saturday before announcing his return.

The Warriors star shooter has not played since tearing his left ACL in Game 6 of the 2019 NBA Finals against the Toronto Raptors on June 13. Thompson then tore his right Achilles in November of 2020, ESPN reports.

Klay Thompson #11 of the Golden State Warriors arrives to the arena before the game against the Cleveland Cavaliers on January 9, 2022 at Chase Center in San Francisco, California.
(Noah Graham/NBAE via Getty Images)

OutKick’s Gary Sheffield, Jr. reported last week that while the Golden State Warriors are a well-oiled machine right now, they can only get better with the addition of Thompson, who shot 24-straight threes.