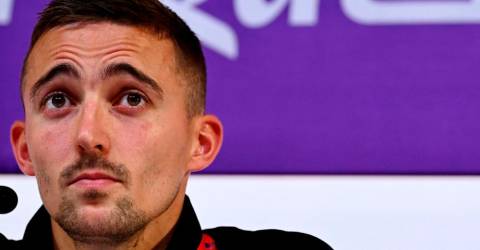 DOHA: Belgium’s Timothy Castagne said on Wednesday the team was not in crisis after two lacklustre performances in the World Cup group stage that has prompted introspection ahead of a must-win match against Croatia to reach the knockout stage.

Ranked second in the world, Belgium prevailed 1-0 over Canada but were vastly outplayed, and suffered an embarrassing 2-0 defeat to Morocco in their subsequent Group F match.

“The first two games were not as good as we hoped. We didn’t show everything we are capable of,“ Castagne said. “But we are not in crisis.”

Belgium will almost certainly have to beat Croatia on Thursday to advance to the last 16. A draw for Croatia will be enough to see them into the knockout, but Belgium will then be relying on Canada defeating Morocco by three goals to stand a chance to progress.

Belgian players have publicly admitted they were disappointed with their showing in Qatar and said that frank words had been exchanged amongst them at a team meeting following their loss to Morocco on Sunday.

The meeting sparked speculation of a rift on the team, which lost to eventual champions France in the semi-finals of the 2018 World Cup.

“It was important to get things off our chests and share our views,“ Castagne said. “We also shared our ideas about how we can improve.”

Manager Roberto Martinez said pressure had gotten the best of his players after they finished third in 2018. He said they were now focused on enjoying their match and playing fearlessly against the 2018 runners-up.

“There was no enjoyment. There was too much responsibility,“ Martinez said of his team’s first two matches. “Every player was fearful of losing. We are not expected to lose…Tomorrow there is no doubt. A draw and we are out.”-Reuters