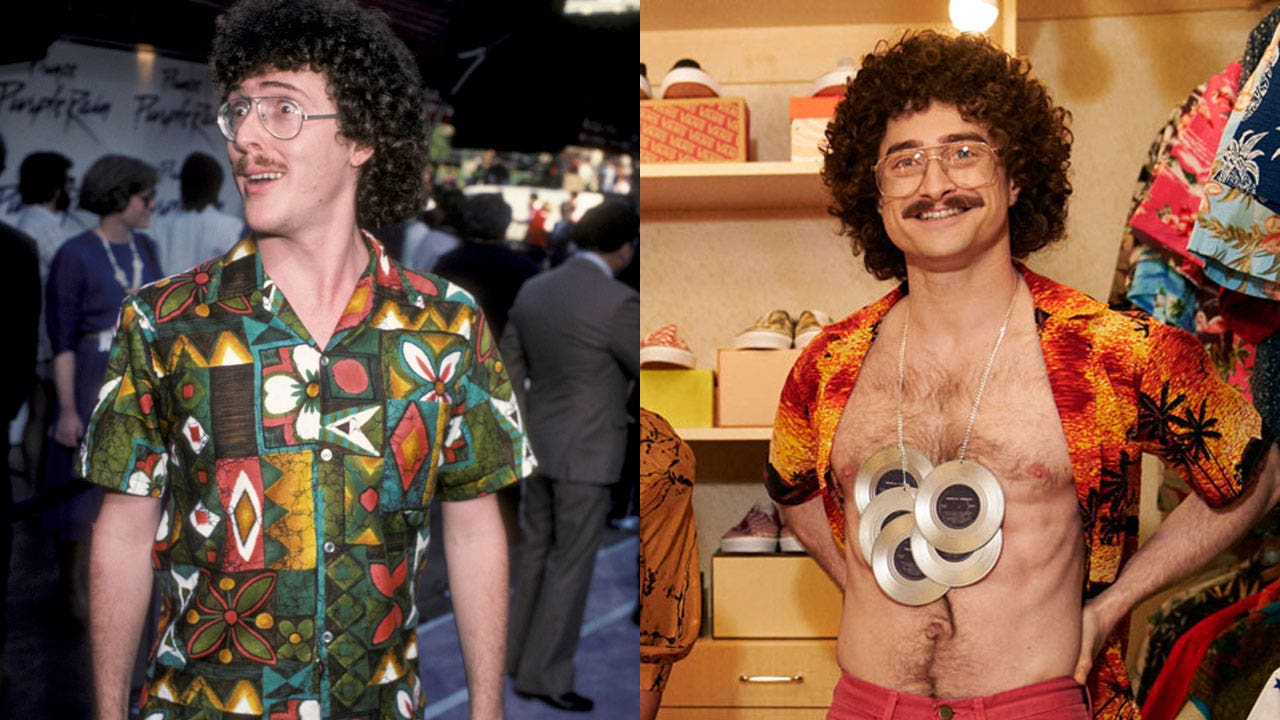 Daniel Radcliffe makes out with Evan Rachel Wood, as the two portray “Weird Al” Yankovic and Madonna in a recently released trailer for an upcoming biopic.

“Weird: The Al Yankovic Story” features the parody songwriter’s rise to fame, including his meeting with Madonna. Radcliffe’s look for the film includes Weird Al’s curly locks and his moustache. Wood’s look as Madonna includes her teased blonde hair and dark eye makeup.

The trailer shows the “Like A Virgin” singer arriving at Weird Al’s home to request he parody one of her songs.

The trailer then cuts to the make out session between the two.

“All I wanted was to make up new words to a song that already exists,” Radcliffe, playing Yankovic, says in the trailer while talking about his creative process. “I’m tired of everyone thinking I’m some kind of joke.”

Radcliffe was actually chosen by Yankovic himself for the biopic. The “Harry Potter” star revealed that a silly moment in 2010 led to him landing the role.

“When I talked to Al for the first time, I was like, ‘I’m immensely flattered by the idea that you would pick me to play you, but like, why me?'” he said during an appearance on “The Tonight Show with Jimmy Fallon.”

Daniel Radcliffe was handpicked by Weird Al for the biopic.
(Suzi Pratt/Getty Images for Turner)

“I sang ‘The Elements’ next to Colin Farrell and a very bemused Rihanna, who I think was like, ‘Who is this kid and why is he singing all of the elements?'” Radcliffe recalled. “And I guess Al saw that and was like, ‘This guy maybe gets it.’ And so picked me.”

Radcliffe also gushed about meeting Yankovic and having the opportunity to work alongside him for the film.

“He’s the best,” Radcliffe said during an interview with “Good Morning America.”

The biopic will premiere on The Roku Channel on Nov. 4.
(Kevin Winter via Getty Images)

“I know everyone says this about him, but it’s so lovely to meet somebody that you look up to and you know as a hero to so many people, and to have them just be kind and fun and sweet. I can now go to my grave saying that I’ve had accordion lessons with Weird Al.”

“Weird: The Al Yankovic Story” will premiere Nov. 4 on The Roku Channel.