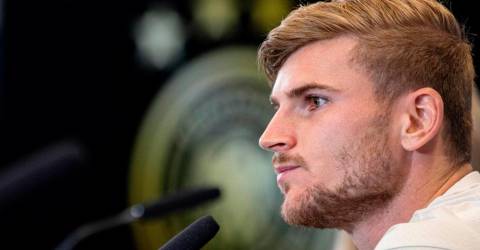 BERLIN: It didn’t take long for RB Leipzig striker Timo Werner (pix) to confirm the bad news that had dropped like an unpleasant cloudburst on a sunny day.

“A tough one to take for me! I will be out for the next weeks, will miss the World Cup, and will have to support RB Leipzig and Germany from the couch, unfortunately. Thanks for all your messages,“ the 26-year-old striker wrote on social media, said Xinhua.

The former Chelsea striker’s mobile has been kept busy as German national coach Hansi Flick and several teammates and friends expressed their regrets.

“This is extremely bitter news,“ Flick told media. “For Timo, I am very sorry because he is missing the World Cup he was desperate about to play. Him being sidelined is a significant loss. We all wish him a quick recovery.”

The bad news spread like wildfire as many fans had hoped the injury Werner suffered during the UEFA Champions League group encounter against Shakhtar Donetsk wouldn’t be too bad.

But his dreams were shattered after a medical examination in Leipzig revealed a torn ligament in his left ankle.

Werner had started to gain ground in the national team after returning to Leipzig from Premier League side Chelsea, and had enjoyed a visible upswing in form.

Werner had scored in the last three league encounters, as well as netting in Champions League ties against Celtic and Real Madrid.

Statistics back Flick’s regrets, as Werner played in 13 of 15 games for Germany under Flick and scored eight goals.

The Germany coach is now forced to change his plans regarding his front-line for the Qatar World Cup.