These island girls can go Wight to the top! Wet Leg’s self-titled debut is frank, fearless and funny – and it’s certainly no one-hit wonder

Do you remember The Flying Lizards? They became famous for 15 minutes in 1979 by turning the Motown hit Money into minimalist post-punk, with the lines spoken by a vocalist who came across like a bored princess.

Well, that sound is back, and this time it’s relatable.

Wet Leg are two women from the Isle of Wight who are frank, fearless and funny. 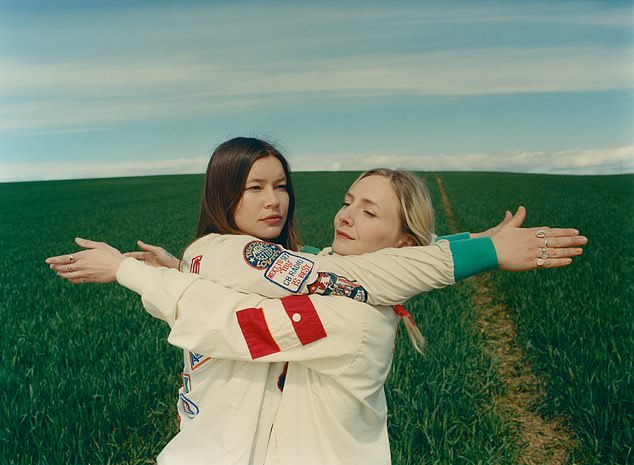 Last year, Wet Leg’s Rhian Teasdale and Hester Chambers (above) made a splash with their first single, Chaise Longue

Last year Rhian Teasdale and Hester Chambers made a splash with their first single, Chaise Longue, a bundle of teasing innuendo that racked up 14 million plays on Spotify.

It felt very English, like Kirsty MacColl with a hint of Benny Hill, yet it reached the top 20 in two of America’s airplay charts.

The Flying Lizards ended up as one-hit wonders, perhaps because they were all head and no heart.

Wet Leg avoided that fate with a second single, Wet Dream, that was almost as well received as Chaise Longue, and now they’ve released a highly entertaining debut album.

They waste no time showing that the hits were no flukes. The third single, Ur Mum, is another winner: ‘When I think about what you’ve become,’ it witheringly begins, ‘I feel sorry for your mum.’

The opening track, Being In Love, and the closer, Too Late Now, both have Wet Leg’s signature blend of punchy riffs and dry humour.

But they also vary the formula, channelling 1960s girl groups and 70s power-pop, and even doing some singing.

Teasdale’s voice can be big or small, soft or biting. Two tracks overdo the repetition – flying too close to the Lizards – but most of them just leave you wanting to see Wet Leg live. They’re touring now and back for the festivals, including Glastonbury.

How many ever-presents does a band of a certain age need to retain its identity? I would have said at least two – until I went to see 10cc. 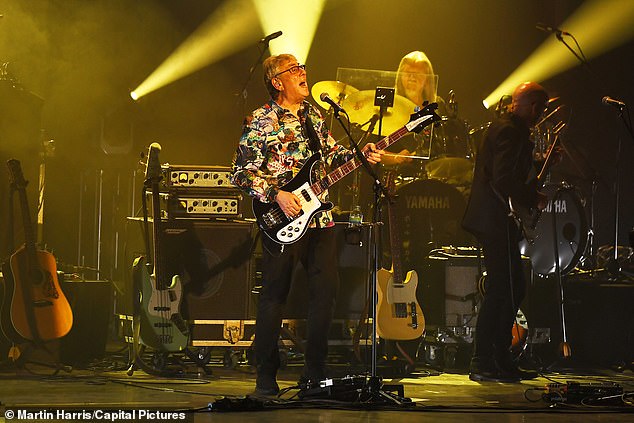 Graham Gouldman (above), the sole remaining original member of 10cc, is quietly charming at The London Palladium

On the radio, 10cc are remembered only for I’m Not In Love and The Things We Do For Love – both immense, but neither typical.

Their other hits were audaciously inventive and the musicians assembled by the last man standing, Graham Gouldman, recreate them with scholarly delight.

With Life Is A Minestrone, 10cc generate not one clapalong but two, at different tempos. With Feel The Benefit, they show you what The Beatles might have gone on to do had they stayed together.

Iain Hornal, who sings the high parts, is a worthy successor to Eric Stewart and Lol Creme. Gouldman himself is quietly charming: it’s as if The Analogues were fronted by George Harrison.