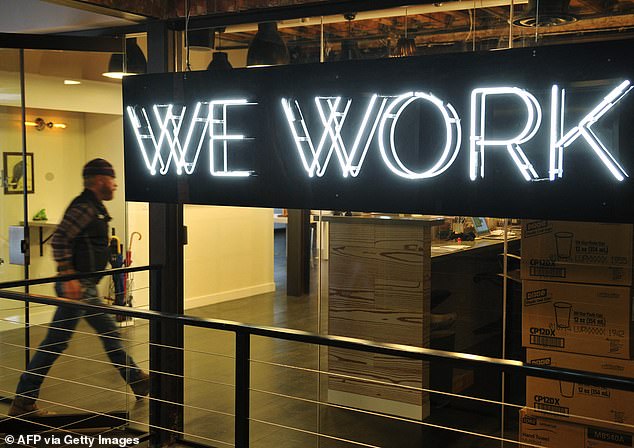 Not WeWork-ing! Troubled office-sharing company will shut 40 locations across the US over fears of an economic downturn as company struggles to turn a profit

By Keith Griffith For Dailymail.com and Reuters

WeWork has said it plans to shutter about 40 ‘underperforming’ locations in the US, as the struggling office-sharing company seeks to turn a profit.

The company, which runs about 750 locations around the world, declined to specify which buildings would be closed.

The announcement came as WeWork reported third-quarter results on Thursday morning, announcing losses that were wider than expected and projecting revenue for the current quarter that missed estimates.

WeWork has said it plans to shutter about 40 ‘underperforming’ locations in the US, as the struggling office-sharing company seeks to turn a profit 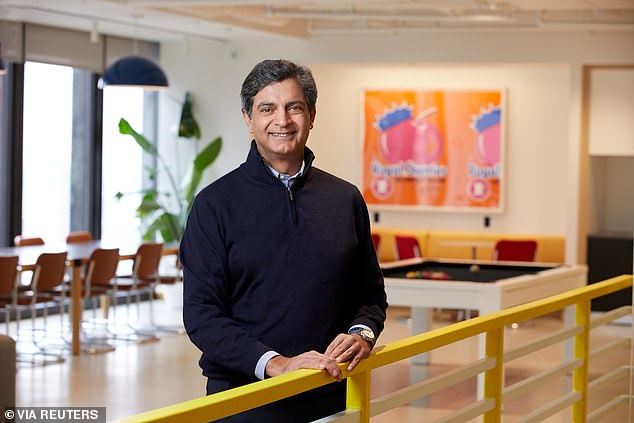 ‘These locations are those that don’t meet our design criteria, have obsolescence or there’s an oversupply in the market,’ WeWork CEO Sandeep Mathrani said

The closures are expected to cost about $200 million in remaining rent payments on the leases, while contributing roughly $140 million to annual adjusted core earnings, WeWork CEO Sandeep Mathrani said.

‘These locations are those that don’t meet our design criteria, have obsolescence or there’s an oversupply in the market,’ said Mathrani.

The company has been working to curb its real estate footprint and reduce headcount in the face of long-term lease obligations that stood at $15.57 billion at September-end. Some of its tenants, in contrast, are only on short-term leases.

The New York-based company, which offers workstations, private offices and customized floors, had enjoyed a pandemic-driven shift to flexible work outside traditional offices, but this year’s surge in inflation is starting to weigh on business spending.

‘A recession is going to materially impact WeWork’s operations because SMEs (small and medium-sized enterprises) are going to cut costs. This may lead to an increase in WFH (work-from-home) set-up,’ Third Bridge analyst Max Georgiou said. 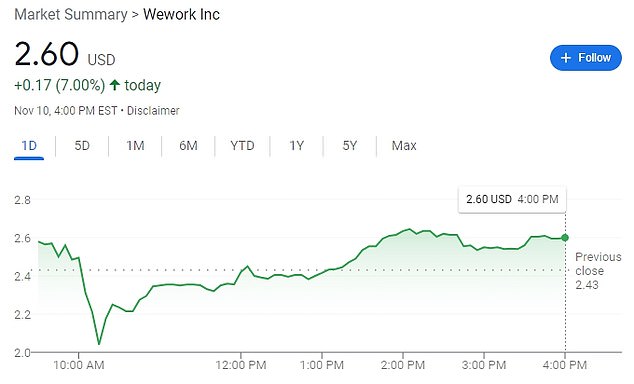 WeWork expects fourth-quarter revenue of between $870 million and $890 million, below Wall Street targets of $923.8 million.

WeWork went public in 2021 after a two-year struggle and the ouster of co-founder and CEO Adam Neumann, who was pushed out by investors over concerns about the company’s finances and governance.

WeWork currently has a market cap of around $1.77 billion. Its pre-IPO valuation was once pegged at nearly $50 billion.

It reported third-quarter revenue of $817 million, below market expectations of $865 million, according to a Refinitiv poll of five analysts.

It has also extended the maturity date of $500 million senior secured notes from February 2024 to March 2025. The notes remained undrawn at quarter-end. 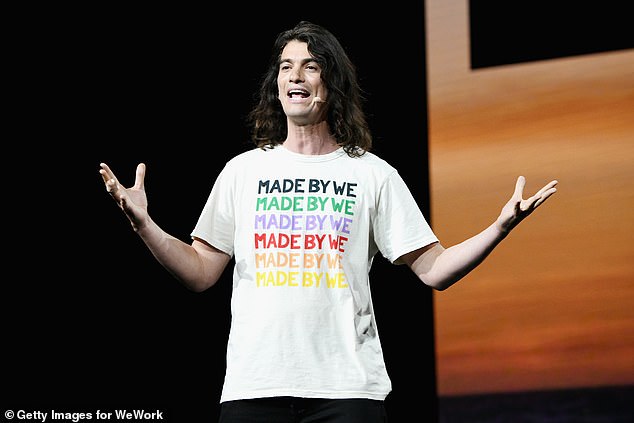 WeWork went public in 2021 after a two-year struggle and the ouster of co-founder and CEO Adam Neumann (above), who was pushed out by investors

Neumann, for his part, has been busy staging his comeback, securing $350 million in funding from Silicon Valley investors for his mystery real estate startup Flow over the summer.

The investment announced in August values the company at $1 billion before it even opens its doors.

Neumann, 43, has said he plans to create a widely-recognizable apartment brand stacked with community features to lure in the same kind of young professionals who have taken advantage of WeWork’s co-working spaces.

Still, not much is known about his plans for Flow, which is set to debut in cities like Atlanta, Miami and Nashville next year.

A website for the project just says: ‘Live life in Flow. Coming 2023.’