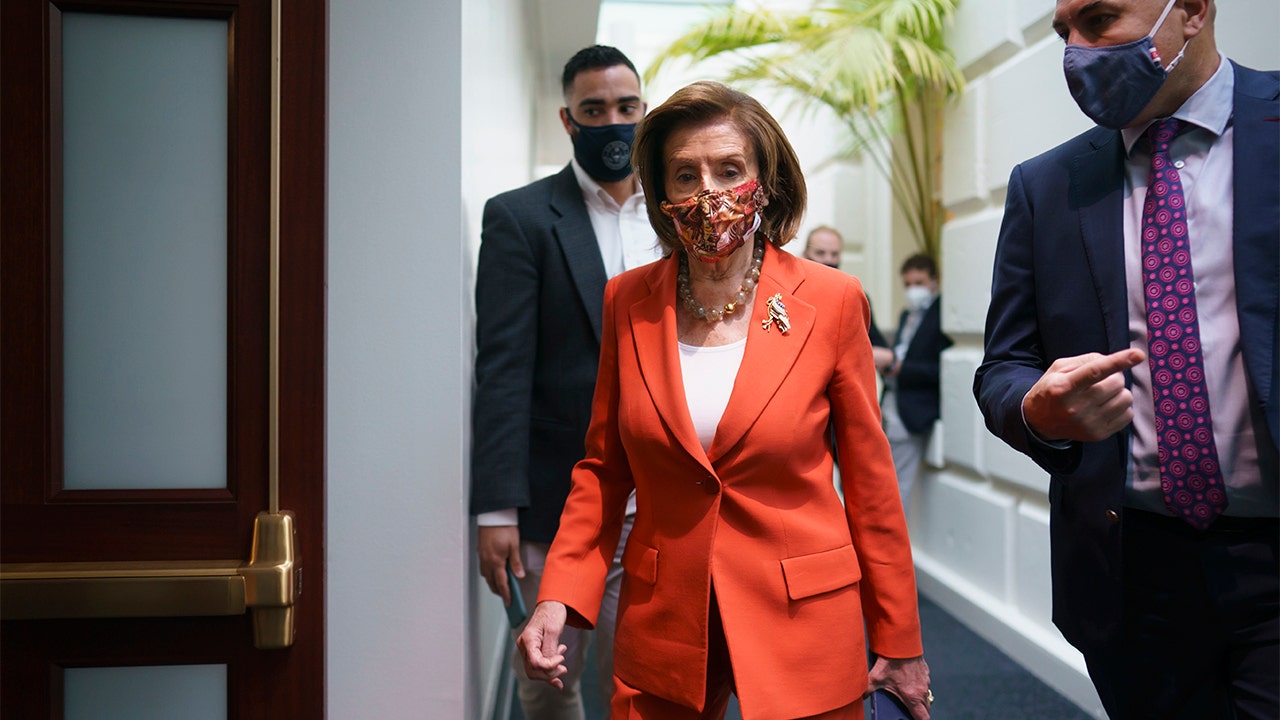 Here’s the problem if House Democrats push a vote this week on the social spending package in the face of threatened opposition from Sen. Joe Manchin, D-W.Va.

House Speaker Nancy Pelosi, D-Calif., has said repeatedly the House can’t approve a “messaging” bill. It must be a bill which can also pass the Senate. So if the House forges ahead, they have a problem. Such a bill, not pre-baked with Manchin and other Senate Democrats, would inevitably face changes in the Senate. That means the Senate would have to bounce whatever bill it passes – if it passes something – back to the House.

Keep in mind that Progressive Caucus Chairwoman Pramila Jayapal, D-Wash., has backed away slightly from the demand that the bill be signed off on by the likes of Manchin and Sen. Kyrsten Sinema, D-Ariz. Jayapal has now pivoted to asserting that she presumes the Senate will pass something progressives will accept — because it has buy-in from President Biden.

Sen. Joe Manchin talks to reporters at the U.S. Capitol on Nov. 1. Manchin has voiced his concerns over the social spending package.
(Chip Somodevilla/Getty Images)

CORI BUSH: MANCHIN OPPOSITION TO BUILD BACK BETTER IS ‘ANTI-BLACK’

A unilateral vote by the House this week likely means the Senate must change things. It also means that progressives may not get something back that they’re enthused by — unless President Biden gives them air cover.

That said, it is possible that the Senate could “improve” the bill for progressives, by adding immigration policies favorable to millions of migrants — if that passes muster with the Senate parliamentarian.

Regardless, changes in the bill could mean that House progressives feel they’re getting jammed by the Senate – and that’s unacceptable.

This also would easily stretch out the process into December.

It would also dramatically increase chances that Democrats eventually have to shove the social spending bill, maybe the infrastructure bill, a bill to avert a government shutdown and a plan to hike the debt ceiling into a MASSIVE bill at Christmas.

This bill would be staggering in scope, prodigious in size. We’re talking the size of the giant spaceship in the opening scene of “Spaceballs.”

So … this is far from wrapped up.