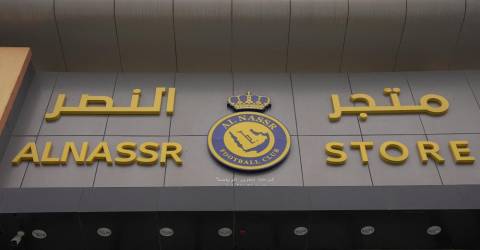 Portugal captain Cristiano Ronaldo has joined Saudi Arabian club Al Nassr on a 2-1/2 year deal, a month after the 37-year-old forward became a free agent when his contract with Premier League club Manchester United was terminated.

Here is what you need to know about the club:

What is Al Nassr’s history?

* Formed in 1955, Al Nassr is based in the Saudi capital of Riyadh and the club plays in the country’s top division – the Saudi Professional League (SPL), which has 16 teams.

* Al Nassr are the second-most successful team in the league with nine titles. Their last win was in the 2018-19 season. Only Al Hilal, also based in Riyadh, have won more titles (18).

* They have also won the country’s knockout cup, the King’s Cup, six times, most recently in 1990.

Who is Al Nassr’s coach and who is in their squad?

* Al Nassr are coached by Rudi Garcia, who previously managed Lille, AS Roma, Olympique Marseille and Olympique Lyonnais. The Frenchman has been in charge since June.

* SPL clubs can register eight foreign players but only seven can be named in a matchday squad.

* Other notable foreign players in the squad include Cameroon’s World Cup hero Vincent Aboubakar – who changed the game against Serbia and scored the winner to stun Brazil in their last group game in Qatar.

* Colombian goalkeeper David Ospina, who previously played for Arsenal and Napoli, as well as former Brazil international and midfielder Luiz Gustavo are also in the squad.

How are Al Nassr doing in the current season?

* Al Nassr go into 2023 sitting top of the league with 26 points after 11 matches, having won eight games and losing just once. Al Shabab are a point behind in second place with a game in hand.

* Brazilian midfielder Talisca is their top scorer this season with six goals – a joint league-high.

* With the AFC changing the format for the Champions League, Ronaldo’s new team must now win the league this season to qualify for the group stage of the 2023–24 edition, which is set to begin in September.

* Teams will also be allowed to field up to six foreign players in their starting line-ups in the AFC Champions League next season. At least one of those players must be from another Asian nation.

What can Ronaldo bring to Al Nassr?

* Ronaldo has scored over 700 goals in club football and over 100 in international football to sit top of the all-time scoring charts with 819 strikes.

* Despite United’s struggles last season, an ageing Ronaldo showed he still had some gas left in the tank when he finished top scorer with 24 goals, including 18 in the Premier League.

* But he struggled this season at United, scoring only three times in all competitions before his exit.

* In Qatar, he became the first player to score in five World Cups but he soon lost his place in the starting lineup after Portugal reached the knockout stages.

* Scoring goals has not been a problem for Al Nassr this season, however, with the team netting a league-high 25 goals after 11 games.-Reuters