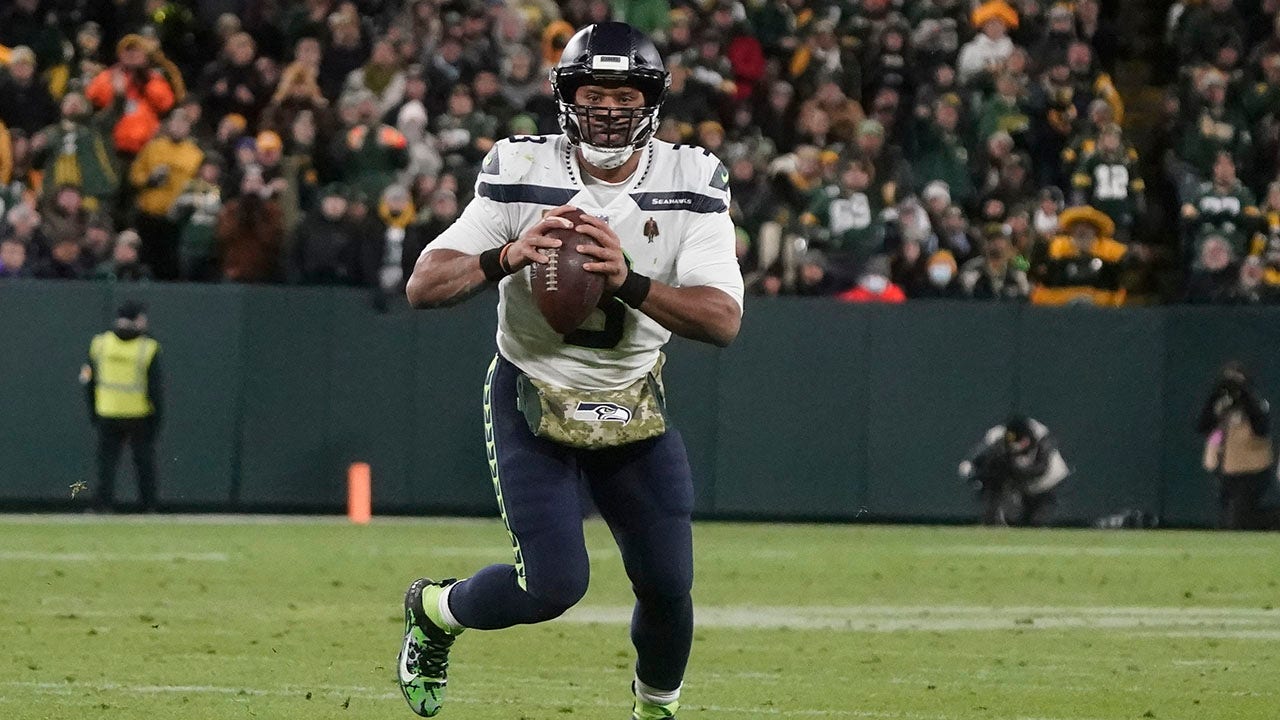 Your eyes weren’t deceiving you last night. I promise you that really was Russell Wilson quarterbacking the Seahawks in their third straight loss. Since returning from Injured Reserve in last week’s game against Arizona, Wilson has looked anything but his normal dangeRuss self. If anything, the signal caller appears Russ-ty.

LANDOVER, MARYLAND – NOVEMBER 29: Russell Wilson #3 of the Seattle Seahawks lies on the field after being sacked in the third quarter against the Washington Football Team at FedExField on November 29, 2021 in Landover, Maryland.
((Photo by Todd Olszewski/Getty Images))

Though Wilson’s numbers were decent (247 yards, two touchdowns), the Seattle offense has managed just 28 total points since he returned from injury on November 21st. But Wilson’s surgically repaired finger can’t solely be blamed. Before the injury, the Seattle offense scored just 15.5 points per game over four games, even with a healthy Wilson at the helm.

LANDOVER, MARYLAND – NOVEMBER 29: Shaka Toney #58 of the Washington Football Team tackles Russell Wilson #3 of the Seattle Seahawks during the fourth quarter at FedExField on November 29, 2021 in Landover, Maryland.
((Photo by Patrick Smith/Getty Images))

“I don’t know what to make of it other than the fact that we gotta keep battling, keep trying to figure it out,” said Carroll. “I thought we had some guys open tonight, with some chances, and unfortunately we didn’t hook it up.”

Not exactly a ringing endorsement from the head coach.

Monday’s loss was Wilson’s fourth-straight as a starter, something he’s never done before. Even he seems unsure of what’s gone wrong.

“Today, I missed a couple. There’s one that I threw really high. Because I was getting knocked back, I threw high. I think earlier on, just adjust my eyes a little bit. It wasn’t like I didn’t feel confident with it.”

Despite the struggles, Wilson’s completion percentage (64.9%) has remained on par with the previous nine seasons of his career. But for the first time, he’s failing to make plays when needed.

“I’m gonna keep working my butt off every day. This team is, too. That’s what we’re gonna make sure of,” Wilson said of his intention to right the ship.

If that doesn’t work, maybe a can of Russt-Oleum will do the trick.