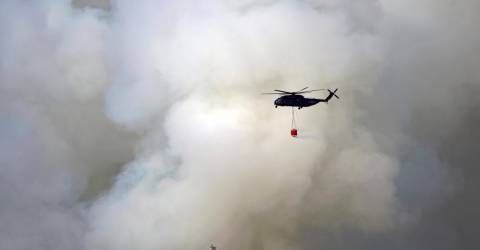 MOSCOW: The United States may announce a new aid package for Ukraine, which will include new deliveries of weapons, by the weekend, reported Sputnik, quoting US National Security Council Coordinator for Strategic Communications John Kirby.

“I suspect that you will continue to hear coming from the United States additional packages of security assistance, additional weapons and capabilities for Ukraine – perhaps as soon as the end of this week,“ Kirby told CNN on Wednesday.

The official gave no precise details on types of possible arms supplies; for example, whether the US will send battle tanks to Ukraine.

“We’re gonna continue to modulate these packages so that they’re most appropriate for what Ukraine needs and if we can’t provide that, we’re working with other allies and partners to see if they can,“ he said.

On January 6, the US announced its largest to-date package of military assistance to Ukraine worth US$3.75 billion. It includes Bradley fighting vehicles, surface-to-air missiles, howitzer artillery guns, and mine-resistant ambush protected (MRAPS) light vehicles, among other weaponry. The previous US$1.85 billion US military aid package for Ukraine was announced on December 22 and included the Patriot air defence system.

Western countries have been ramping up their military support for Kyiv since the beginning of the Russian special military operation in Ukraine in February 2022. In April, Moscow sent a note to NATO member states condemning their military assistance to Kyiv. Russian Foreign Minister Sergey Lavrov warned that any arms shipments on Ukrainian territory would be “legitimate targets” for Russian armed forces. Kremlin spokesman Dmitry Peskov, in turn, stated that arms provision was undermining prospects for a future peace process. – Bernama