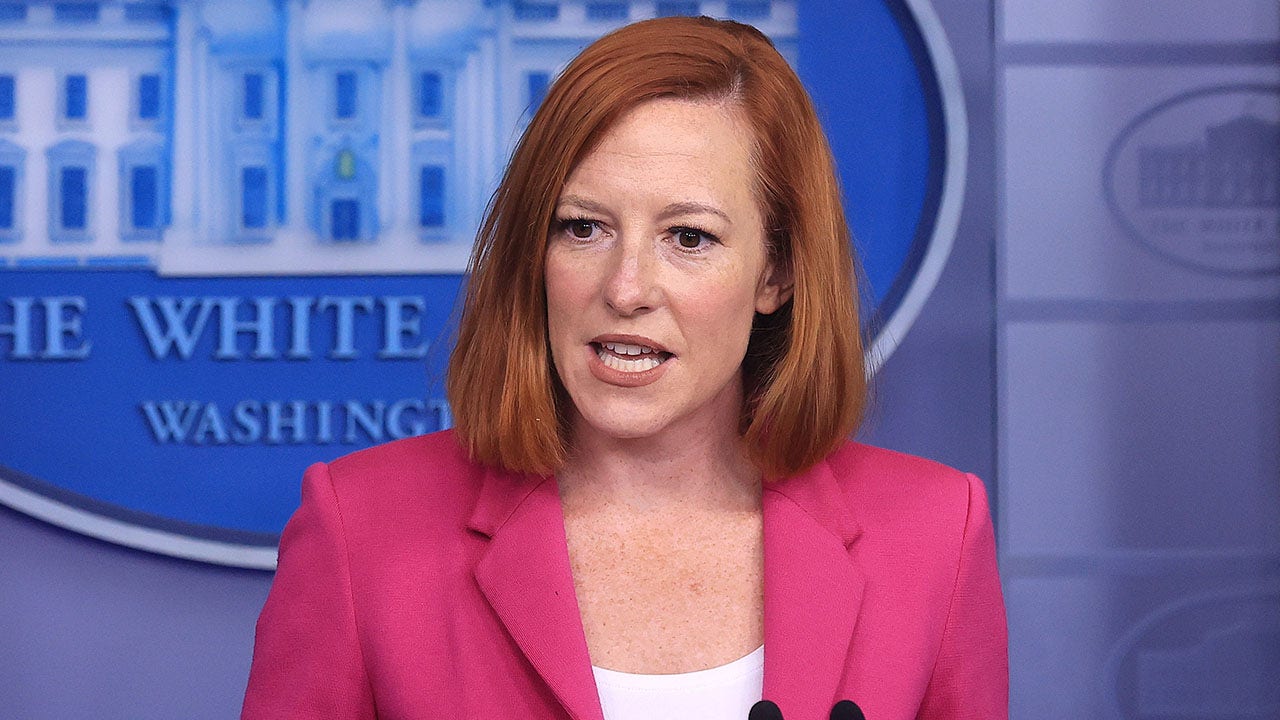 In media news today, Cnn’s Biden Town Hall takes questions from 7 Democrats and only 2 Republicans, Associated Press issues a correction on a photo of a Netflix counter-protester, and CNN fires back at Joe Rogan over its coverage of ivermectin

The White House was panned by critics over its defense of President Biden, who is facing intense scrutiny over his absence at the southern border.

Biden raised eyebrows on Thursday at CNN’s town hall when he was asked by an attendee why he hadn’t been to the southern border as president.

BIDEN BORDER ABSENCE DEFENDED BY PSAKI, WHO SAYS HE MADE A ‘DRIVE THROUGH’ IN 2008

He responded by saying he had “been there before” but admitted “I guess I should go down” before pointing to his busy schedule that has prevented the visit and touting a trip to the border made by First Lady Jill Biden.

On Friday, Fox News’ Peter Doocy pressed White House Press Secretary Jen Psaki about whether or not Biden had ever been to the border.

“Why did President Biden say he has been to the border,” Doocy asked.

“As you may have seen, there has been reporting that he did drive through the border when he was on the campaign trail in 2008,” Psaki responded. “And he is certainly familiar with the fact, and it stuck with him, the fact that in El Paso, the border goes right through the center of town.”

“But, the most important thing everyone should know and understand is that the president has worked on these issues throughout his entire career and is well-versed in every aspect of our immigration system, including the border – that includes when he was Vice President,” Psaki added.

Psaki appeared to have alluded to a “fact-check” published in The Washington Post, which reported that Biden made a “brief drive-by” along the US-Mexico border 13 years ago.

“Psaki is disturbingly comfortable mouthing nonsensical spin and gaslighting like this, I’ll never understand how some are perfectly wired for the shamelessness that politics often requires of ppl,” Washington Examiner executive editor Seth Mandel reacted.

“‘There’s been reporting…’ She talks about him like he’s someone she never sees or talks to in person…wait,” radio host Chris Stigall tweeted.

“Gonna use this excuse next time my wife asks me if I went to the grocery store like she asked,” The Daily Wire’s Ben Shapiro quipped.

“Where did she get this talking point from – THE BABYLON BEE?!” The Blaze’s Sara Gonzales exclaimed.

“‘He did drive through the border when he was on the campaign trail in 2008,'” The Federalist co-founder Sean Davis echoed Psaki while sharing an image of a Taco Bell drive-thru.

“So, thirteen years ago the President did a drive by. That’s how he’s defending his statement that he went to the border,” media strategist Beverly Hallberg summarized.

Psaki also attempted to defend Biden’s understanding of the immigration system in America by claiming that Biden “does not need a visit to the border to know what a mess was last by the last administration,” adding “that’s his view.”

Further pressed by Doocy on whether that does “count as a visit,” Psaki began to ask questions. “What is the root cause?” Psaki questioned. “Where are people coming from who are coming to the border?”

“People come from Central America and Mexico to go to the border,” Psaki said. “The president has been to those countries ten times to talk about border issues. There is a focus, right now, on a photo-op. The president does not believe a photo-op is the same as solutions.”

“That may be a difference he has with Republicans,” Psaki added.