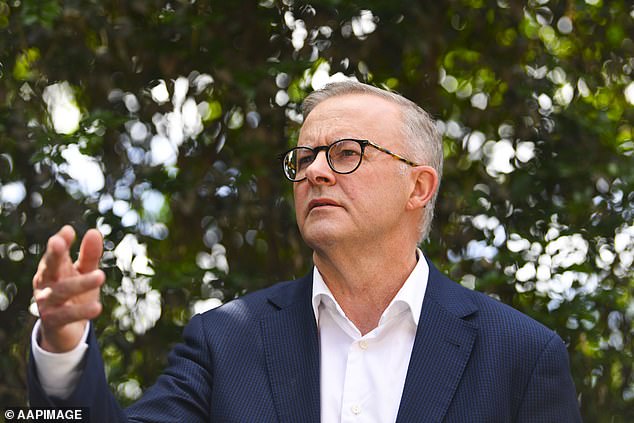 Anthony Albanese’s opening week of the federal election campaign has taken another disastrous turn after a poll revealed the Labor leader’s approval rating has plummeted.

A series of press conference missteps has seen Mr Albanese’s popularity fall to the lowest level this year, according to Newspoll.

Just 37 per cent of voters believe he will make the better PM, the lowest mark since December after falling two points in the past week.

Scott Morrison meanwhile has hit his highest approval rating since last year, with 44 per cent of voters preferring he remain in the top job.

‘I’ve consistently said that it’s a mountain that Labor seeks to climb because we’ve only done it three times since the Second World War… But we also know our obligation to get there, to climb that mountain,’ Mr Albanese said on Monday.

The news isn’t all good for the Liberals however, with both parties seeing dramatic slips in the polls for the primary vote.

Labor has dropped from a 41 per cent share of the vote barely a month ago to 36 per cent now, while the Coalition fell in the past week to sit at 35 per cent – the lowest combined support for the two political powers in five years.

The combination of a lack of climate change policy and progressive independents has seen their power slip in key inner-city electorates. 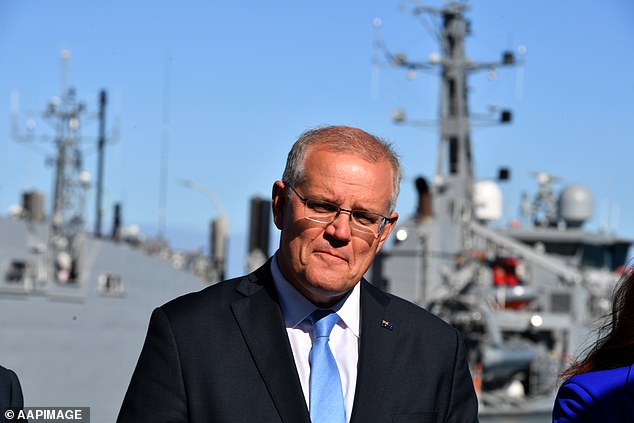 Scott Morrison meanwhile has hit his highest approval rating since last year, with 44 per cent of voters preferring he remain in the top job

The Greens saw a two point increase to a share of 12 per cent, making it 29 per cent of voters willing to vote for a non-Coalition or Labor candidate with their primary.

The low primary vote numbers for the two major parties mean they will likely be forced into cutting a significant amount of deals for support with independents.

Labor leads the two-party preferred poll 53-47 and would be expected to win a majority if that remains.

Mr Albanese’s net approval rating, combining satisfaction and dissatisfaction votes, is now minus 14, the same number Bill Shorten held when he lost to Mr Morrison in 2019.

It will send alarm bells ringing for ALP, with time running out for Mr Albanese to turn around what is becoming a wider gap and echoing the recent failures of the party.