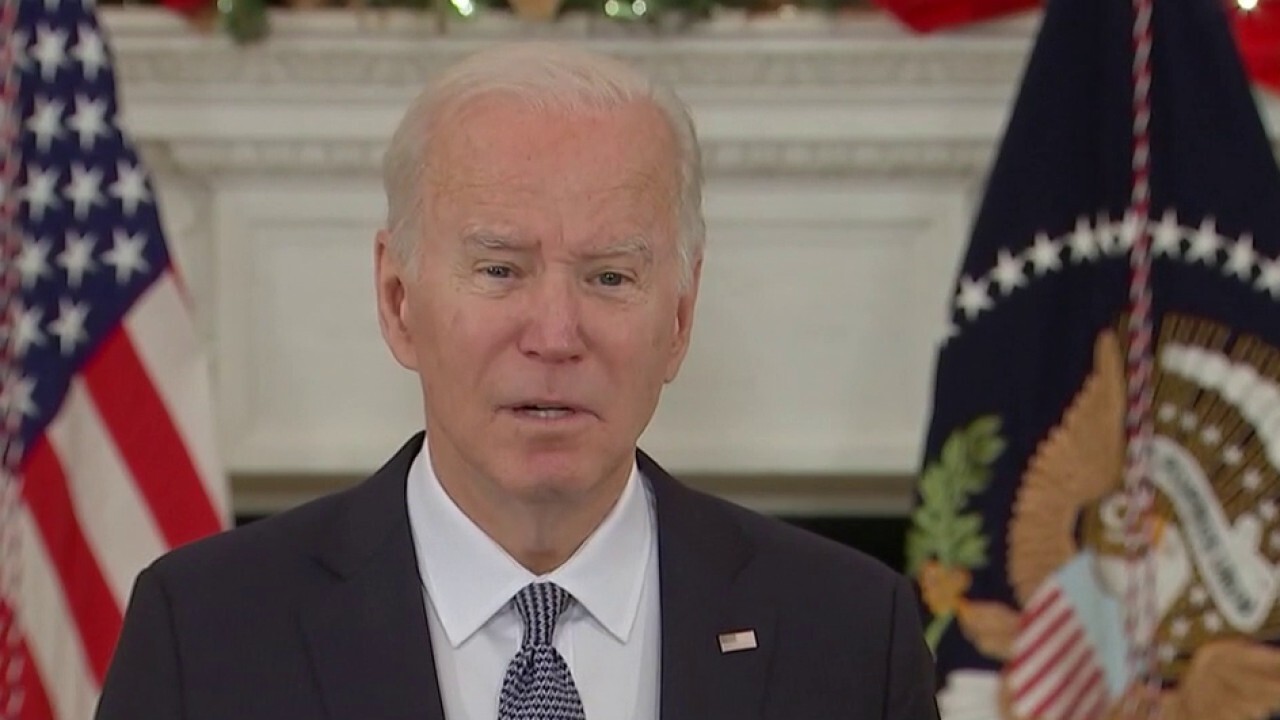 The Beatles were right: money can’t buy you love.

That’s bad news for Joe Biden. Despite showering voters with hundreds of billions of taxpayer dollars, the president is discovering that the handouts flowing from the $1.9 trillion American Rescue Plan are not buying him love – or even decent approval ratings.

In a new NPR/Marist poll, nearly 8 in 10 Americans say they were only “helped a little” or not at all by the $1,400 cash payments sent out earlier this year, even as over half received the checks.

Similarly, 76% of those surveyed said they were not helped at all by the $300 per month expanded child tax payments the Treasury began to distribute last summer; only 20% said those checks helped a little or a lot.

More broadly, some 61% of those surveyed think the country is headed in the wrong direction and only 42% approve of Biden’s job performance. A meager 16% “strongly approve” of the job Biden is doing, while 38% “strongly disapprove.” Talk about a tough crowd!

Why are people so indifferent to Biden’s largesse? Because they think, rightly, that the trillions spent over the past two years in government handouts have driven up prices; even some liberal economists like Jason Furman and Larry Summers agree.

They are also worried that Biden’s Build Back Better bill will only make matters worse, despite Biden’s non-credible assertions to the contrary. Sadly, voters no longer trust our president, in part because his declarations about BBB are so nonsensical.

The White House has flunked inflation. They have consistently underestimated the problem.

In September, he tweeted: “My Build Back Better Agenda costs zero dollars.” Nobody believes that, because it isn’t true. The bill is not entirely paid for, as the CBO has affirmed, and it will not bring down inflation. The more the president makes those claims, the more Americans simply do not believe him.

In a recent Economist/YouGov poll, only 37% of respondents said they thought Biden was “honest and trustworthy,” while 46% said he was not.

Here’s what Americans believe instead: even as the robust recovery and a labor shortage are driving up wages, those gains are being wiped out by high prices. They are right; real wages, or wages adjusted for price increases, are down 2.7% so far this year. Americans know their lives are being hurt by the most damaging inflation surge in 40 years.

In an AP-NORC poll, two-thirds of the country indicates they are experiencing higher prices, but only one-quarter says they have seen their income rise. For many, the surge in inflation is making a real difference in their lives. About one-third says that they’re driving less; with gasoline prices up 50% from a year ago, that is not shocking.

And, just as the holidays arrive, about one-third of respondents say they are eating meat less frequently. No surprise – that roast beef for Christmas dinner will cost 21% more than last year.

Overall, 89% of the country confirms they are experiencing some impact from rising prices; 50% of low-income Americans say the hit is major.

These responses won’t mean much to the likes of House Speaker Nancy Pelosi, D-Calif., who once called $1,000 bonuses from businesses celebrating President Trump’s tax cuts mere “crumbs.” For most Americans, though, it means that their quality of life is going downhill.

The White House has flunked inflation. They have consistently underestimated the problem, initially dismissing concerns about the soaring cost of used cars and lumber and a host of other goods as temporary.

When prices for some of those earlier products started to ease, they doubled down, promising the pain would be “transitory” and pass quickly. Some in the White House treated the issue as frivolous. When press secretary Jen Psaki sarcastically dismissed supply chain bottlenecks as the “tragedy of the treadmill that’s delayed” and chief of staff Ron Klain tweeted that inflation was a “high class problem,” it revealed a deeply elitist disregard for low-income people feeling the brunt of higher prices. This was political malpractice; worse, it was unkind.

They have since pivoted, with Biden trying to sound more “empathetic” of late, but they continue to pile up the unnecessary goofs.

Just recently, as the country was reeling from a report that prices were climbing at an annualized rate of nearly 10%, Biden predicted the inflation surge is at its peak and will soon abate. He may be right, but why chance another uncertain forecast?

The Biden White House would do well to focus on alleviating the supply chain bottlenecks that continue, to do everything possible to increase the number of people looking for work, and to encourage an all-out effort to ramp up U.S. oil production. These are measures that would actually crimp inflation and that the vast majority of Americans would applaud.

Unhappily, the ideologues running the White House will not consider suspending the Jones Act or confronting unionized longshoremen to improve the efficiency of our ports. They will not make it more attractive to drill for oil on federal lands; instead, they are contemplating increasing the cost of leasing promising acreage. And heaven forbid they drop some of the “temporary” benefits contained in the American Rescue Plan to nudge people back to work.

Instead, Biden and his Democrat colleagues will plow forward with Build Back Better. Some wags call it Build Back Broke, referencing the $2.75 trillion in increased deficits that would result from the bill’s programs being made permanent, as they likely will be.

Pathetically, Biden and his Democrat colleagues will continue to hope that handing out trillions more in new welfare programs will buy them love, even as recent history suggests otherwise.

The reality is that the giant push toward a socialist society will not buy love, or Build Back Biden.