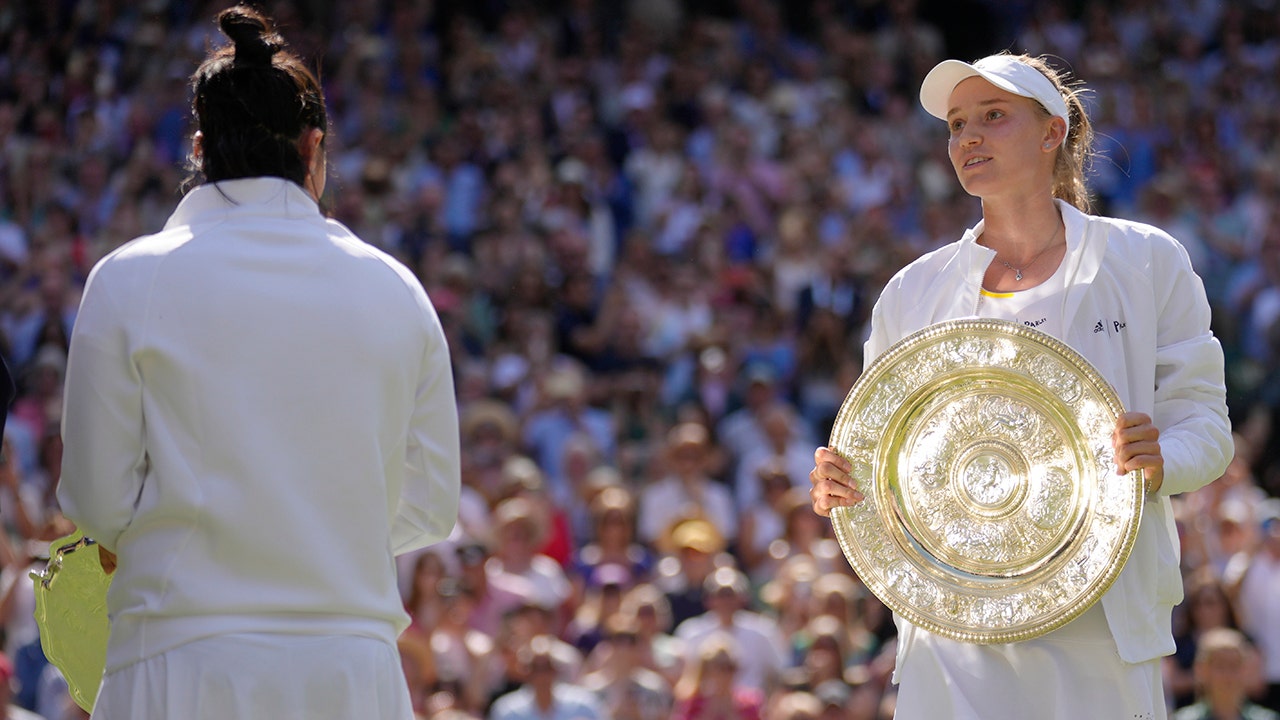 Rybakina, 23, bested the world’s No. 2-ranked player using her big serve and powerful forehand to break Jabeur’s 12-match winning streak but was left exhausted by her challenging performance.

​​”Happy that it finished, to be honest,” she said after the match, “because really, I never felt something like this.

“I ran today so much, so I don’t think I need to do fitness more, honestly.”

Born in Moscow, Rybakina changed her citizenship to Kazakhstan in 2018 because of better opportunities, but she faced several questions throughout the tournament after Wimbledon organizers announced a ban on all Russian and Belarusian players because of the conflict in Ukraine.

“I’m playing already for Kazakhstan for a long time,” Rybakina said earlier this week, via ESPN. “I’m really happy representing Kazakhstan. They believed in me. There is no more question about how I feel. It’s just already long time my journey as a Kazak player. I played Olympics, Fed Cup.”

According to the report, Rybakina is believed to still live in Moscow but she seemed to avoid answering questions about her residency when questioned by reporters.

“I think I’m based on tour because I’m traveling every week,” she said. “I think most of the time I spend on tour. I practice in Slovakia between the tournaments. I had camps in Dubai. So I don’t live anywhere, to be honest.”

Wimbledon’s organizers received criticism from the ATP and WTA over the ban and announced in May that no world ranking points would be earned at the tournament as a result.