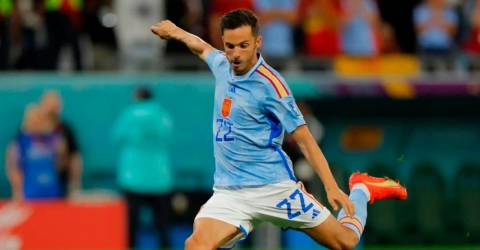 Sarabia agreed a two-and-a-half-year contract with the Premier League club, who confirmed the signing during their 1-0 defeat against Liverpool in Tuesday’s FA Cup third-round replay.

The 30-year-old played under current Wolves boss Julen Lopetegui for Spain’s Under-19 team.

The pair were also at Sevilla together for one month before Sarabia left to join French giants PSG in 2019.