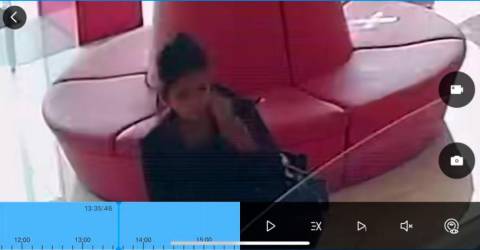 PETALING JAYA: Police have denied claims that a woman spotted at a cafe in Shah Alam was former TV3 personality Zalina Shaharah Azman who has been missing since November.

Malay news portal mStar reported that Shah Alam district police chief ACP Mohd Iqbal Ibrahim had said on Wednesday (July 20) that police had visited the location of the cafe to investigate and confirm if Zalina had visited the cafe.

“We received information from the public saying that they had spotted Zalina in various parts of Shah Alam, including at the lake gardens and restaurants.

“However, after visiting these locations and carrying out investigations, we found that the individuals reported were not the person we are looking for,“ mStar reported ACP Iqbal as saying

“We did find someone resembling Zalina Azman but it was a homeless woman and not the missing person,“ he added.

Zalina’s son, Mikhael Norman, 33, had reported her missing on Nov 29 after he was unable to contact her, Bernama reported.

Zalina is known for hosting several talk shows, including Money Matters, on TV3.

Anyone with information may contact investigating officer Sabturia Lorong or the Seksyen 6 Shah Alam police station at 03-5519 4622.