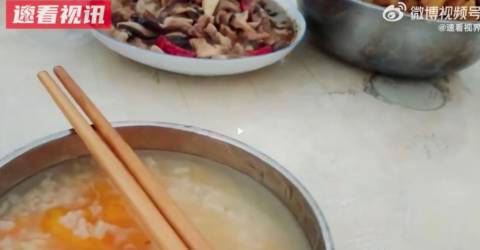 A YOUNG WOMAN in China broke up with her boyfriend due to the frugal meals served during a visit to his parent’s household.

South China Morning Post reported that the young woman had travelled two and a half hours for her first visit to her boyfriend’s parents’ house.

As the couple arrived at his parents’ doorstep, she was greeted by an overwhelming sight of various dishes set on the dining table.

However, to her disdain, the meals mainly comprised of simple dishes like noodles with fried eggs, pumpkin porridge, stir fry dishes, and cold dishes, which she captured on a video uploaded on social media.

The young woman was let down with the food prepared as she expected a fancier fare for her first meeting with his parents. She then spoke to her boyfriend regarding the matter.

“He told me that ‘it is exactly what is served in the daily life of common folks’,” the woman said in an interview with Sukan Shixun.

She added: “He knows I don’t like noodles, but a noodle dish was served for every meal.”

Two days in, the woman said that she could not bear staying with his family any longer and left their place and call it quits in her relationship.

The woman’s video of the dishes had garnered traction on social media of seven million views and 4,300 comments. Most netizens were happy with her choice; others thought the dishes made were deliberate.

“She’s thankful to know the truth before getting married, which is that the family won’t treat her well,” a netizen commented.

“Let’s not talk about whether his family is poor or not, but none of them takes you seriously,” another netizen quipped.