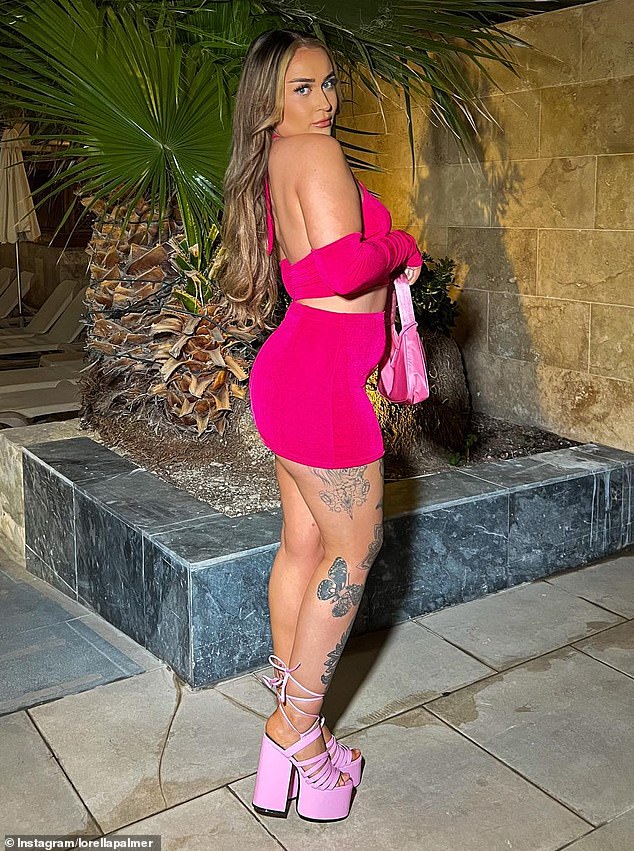 A young woman has shared the reasons she never wants to have kids – from not wanting to clean up sick to children having a ‘no returns policy’.

Lorella Palmer from the UK listed ten reasons she didn’t want children in a video  that has amassed more than 52,500 views and says kids come with a ‘no refund policy, no returns, no takesies backsies’.

‘What if after ten years of having a child I wake up one day thinking “do you know what, I’ve tried this, I’ve tested this, it’s just not for me”?’ she asked.

Lorella Palmer (pictured), 22, has gone viral on TikTok for listing the reason she wants to stay childless including not wanting to clean up sick to children not having a ‘returns policy’

The London stylist said her own mother left and ‘flew to Australia’ when she was a child and she was raised by her single dad.

‘I haven’t seen her in nearly ten years so she tried doing like a whole takesies backsies situation like an Uno reverse flip card type of thing and she left me with nothing but depression,’ she said.

Lorella then pointed out the double standard she sees in society where dads are ‘rewarded’ for looking after their children whereas it’s ‘expected’ of mothers.

‘Mums are just expected to do everything and if a dad does just his normal dad duties he’s applauded,’ she said.

The third reason on Lorella’s list was not wanting to get up in the morning for school runs or to pack lunches.

‘I’m not a morning person: ‘I don’t care that you’re five-years-old, Jimmy you’re walking to school by yourself’,’ she laughed.

‘I would be that mum in her dressing gown that all you other mums would probably judge – I have no desire to do that for 16 years solid.’

Lorella said she would miss the freedom that comes with being childless and would fear her potential child would be afraid of dogs or cats. 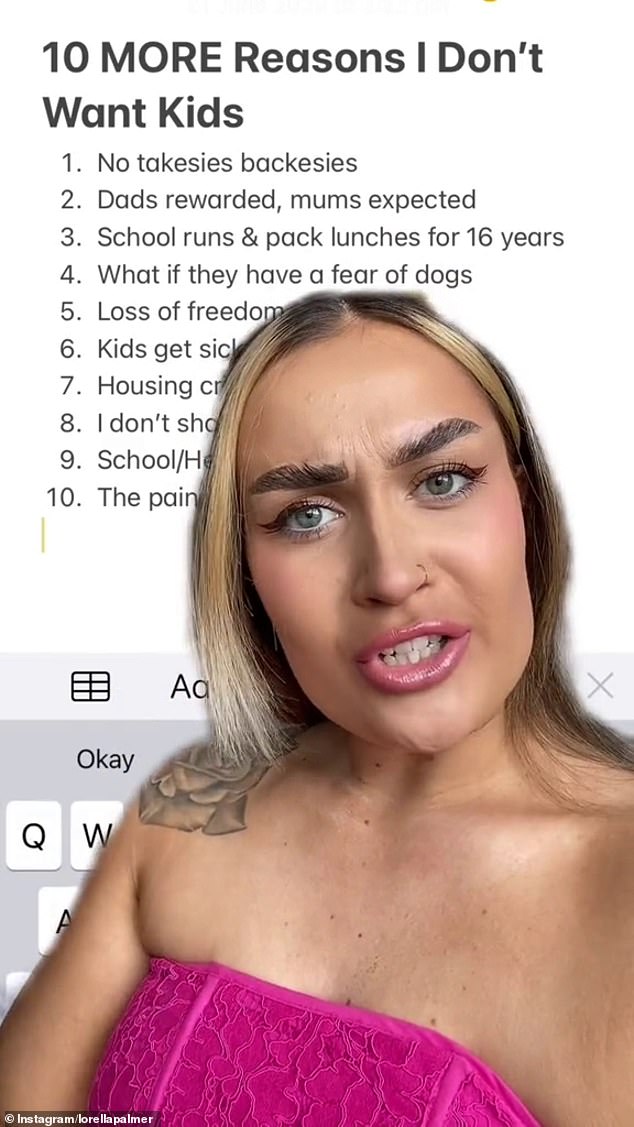 ‘I tell you right now we would not be getting rid of the family dog, we’d be reverting back to number one,’ she said.

The TikTokker said she doesn’t like sharing food and wouldn’t want to deal with children being sick saying: ‘it’s disgusting, I would not be cleaning that up’.

Lorella took a more serious turn with her eighth and ninth reason for remaining without a family saying she doesn’t want to add to the pressure of a struggling education and health system and can’t afford to buy a house.

‘Kids are therefore falling through cracks. That’s a governmental issues and an issue in itself that’s not going anywhere and it terrifies me to bring a child into that,’ she said.

‘I’m 22 years old, I own two very successful businesses and I don’t really want to buy a house right now but even if I did want to it would be literally impossible. Kids 20 years from now – good luck.’

Finally, Lorella she would ‘absolutely flipping not’ want to go through the pain of childbirth. 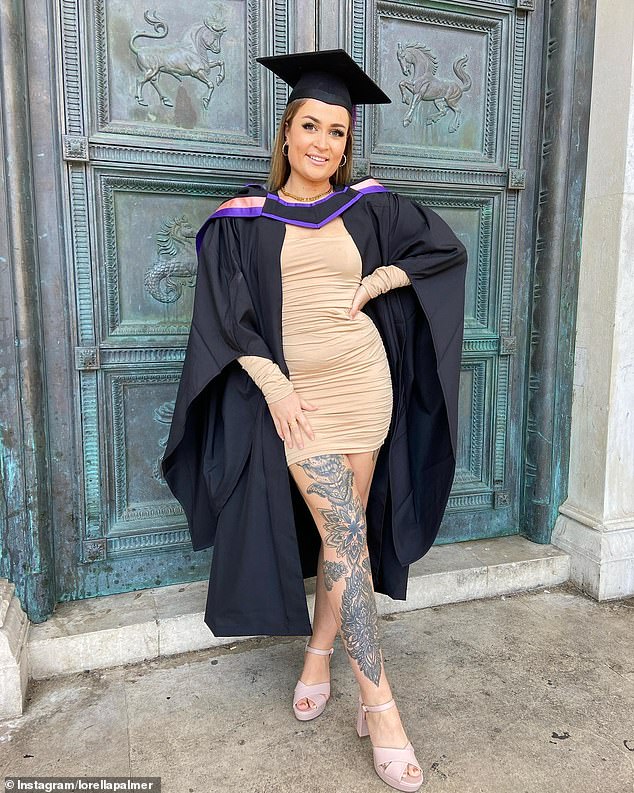 ‘No woman has ever gone: ‘Do you know what? That was lovely. Five stars, I’m going to leave a review. Would definitely recommend’,’ she laughed.

Lorella’s video is a part two to a previous viral clip where she listed ten more reasons she didn’t want kids both of which where inundated with comments from parents and child-free people alike.

‘Ngl as a Mum, these are all such valid reasons I swear,’ one viewer replied.

‘Pet peeve ‘So lucky to have daddy looking after Tommy today’ … no, it’s his child, it’s just a normal day,’ a second agreed.

‘We can be dog and cat parents till further notice,’ commented a third.

Others shared their own reasons for not bringing children into their lives.

‘Homework, constant need for attention, dealing with crying, taking them out to play, no space or time alone. Too much,’ one woman said.

‘Let’s not forget how much kids ruining the woman’s work carrier. 1. Working gap after you gave birth. 2. Kids always sick during 2-5 years,’ another responded.

1. I’m selfish: When I say I’m selfish, I mean that I enjoy my own sleep, my own time and my own money, and kids take all of that away.

2. They’re expensive: I know what it’s like to grow up quite poor and I’d rather go on holiday than pay for a kid.

3. My body image: Why would I want to push something out and expand my stomach and everything else on me that’s just going to change?

4. The world is a bad place: Do I really need to explain that one? Bullying, war, poverty, men with podcasts, pandemic.

5. Mental health: Tell me how you’re meant to educate your child on what mental health is without giving them ideas about bad things that are out there but without making them naïve. You can’t.

6. My family trauma: I refuse to tell my children about some of the nasty people that I am related to. It would be genuinely easier to tell them they’re not here.

8. I hate kids TV: Pop on Vampire Diaries please, or Gossip Girl, or Friends. I just want to sit downstairs and chat with people without Cartoon Network on in the background the entire time.

10. I don’t want to: I’ve given all these reasons, but at the end of the day, saying you don’t want to have kids should be enough.