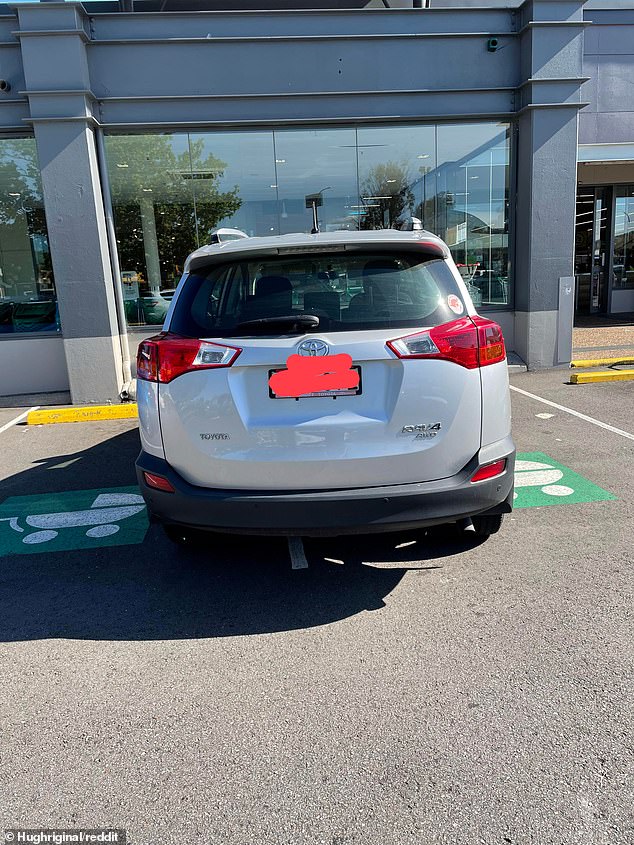 
A Woolworths customer has left shoppers outraged after she blatantly parked over two ‘parents with prams’ parking spots – and she didn’t even have a child with her.

A Newcastle resident shared an image of the ‘entitled’ woman’s parking job to Reddit which shows the Toyota Rav4 parked halfway over two spaces directly in front of the store.

‘The audacity! She didn’t even have a child seat,’ the person who uploaded the picture wrote.

The onlooker then went on to explain they approached the woman before she went inside the store but she brushed him off.

‘I confronted her and she just said “I know, I know” looking really apologetic and preceded to go into Woolies without moving the car. So mad,’ he said.

The tale sparked a furious response from commenters with many saying taking up a pram parking spot without a child was bad enough, but to take up two was the ‘icing on the a****** cake’.

‘Wow, it’s almost like they’re trying to get their car keyed,’ another person said.

Many also said the pram parking spots were ‘nothing but marketing to get cashed up mother’s in the door’.

But a few commenters defended the spaces as necessary.

‘I was told this was put into effect to reduce accidents involving children in carparks,’ one person argued.

‘Well I’ve got to say, these parking spaces are super helpful. It can be hard getting the kid out of the car seat with another car space so close. A little extra room to swing the door is appreciated,’ agreed another. 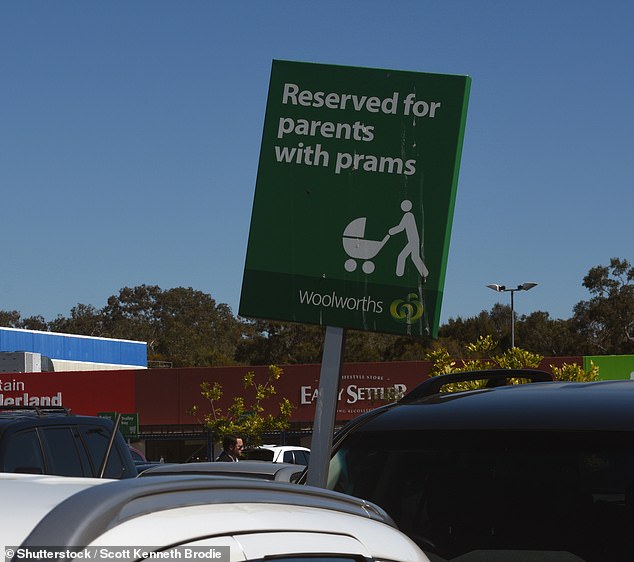